CMG to launch worldwide sales of the 3D CGI animated feature from Peru at the 2017 European Film Market. 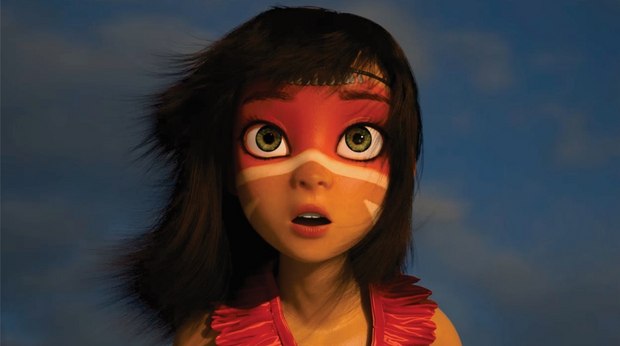 Ainbo tells the story of a young girl who grew up in the deepest jungle of the Amazon called Colonia, the heart of the most powerful Mother Spirit of the rainforest. One day Ainbo discovers that her paradise is being threatened by the Yacuruna, an ancient demon that embodies the evil of mankind. Ainbo struggles against greed, deforestation, and illegal mining as she tries to reverse the circumstances that now plague her people.

Founded in 2003, Tunche Films leads the evolution of post-production CGI & VFX Studios in Latin America, and is headed by brothers Sergio Zelada, Cesar Zelada and José Zelada, who are producers on Ainbo. Pierre Salazar, who has held various CGI & VFX roles on The LEGO Movie, Sucker Punch, and Happy Feet, will be in charge of Production Design. The screenplay is by José Zelada who will also direct the feature. José Zelada said, “We couldn’t be happier having met CMG at this year’s Ventana Sur where we introduced Ainbo for the first time as part of the market’s focus on new Latin American animation companies. CMG has a wealth of knowledge in the field of animation having licensed worldwide nearly a dozen animated features over the past years.” “When we met the Zelada brothers at Ventana Sur, AINBO was the most commercial and attractive animation project we’d seen in a while,” said Edward Noeltner, CMG’s President. “The themes and indigenous character designs have a universal appeal and we’re looking forward to a successful collaboration in making AINBO a worldwide hit.”

Noeltner and Dené Anderberg, Vice President of Sales & Operations, will be taking meetings at their office in The Marriott Hotel during the European Film Market in Berlin. The film is scheduled for delivery in 2019. CMG’s Edward Noeltner negotiated the deal with Sergio Zelada and Cesar Zelada of Tunche Films. In addition to Ainbo, CMG will be continuing its worldwide sales of Loving Vincent the world’s first full length hand painted animated feature produced by Oscar winners BreakThru Films and Trademark Films, The Little Vampire 3D scheduled for worldwide release Halloween 2017, and Triggerfish Animation’s action adventure Seal Team, which previously produced the animated hits Adventures in Zambezia and Khumba.