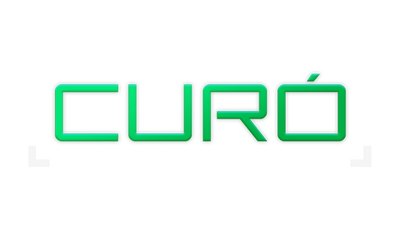 LOS ANGELES -- Designed to simplify visual effects budgeting from script to screen, new secure, web-based application, Curó, will be showcased at SIGGRAPH 2018 in Vancouver. Having undergone rigorous development and beta testing, Curó creates a unified system for creation, planning and management of VFX budgets for projects of any scale, from the Hollywood blockbuster to independent film or television, and everything in between.

Developed by veteran VFX Producer Joyce Cox (The Jungle Book, Men in Black III, The Great Gatsby, Avatar, Titanic) under the name Vero, Curó was inspired by Cox’s strategic and proven approach to flexibly and accurately managing VFX budgets for studios, including some of the most ambitious effects films of the last two decades. Curó replaces the need for unwieldy spreadsheets to track costs and instead provides a straightforward, accessible solution.

“The rapid growth in VFX has outpaced the industry’s ability to implement a uniform system to manage the complex and ever-changing finances of a VFX project,” commented Dave Taritero, Sr. VP VFX, Production, Disney. “Joyce Cox is the perfect person to design an application to close that gap.” “We have been waiting so long for an effective VFX budgeting tool and thank goodness we have a master like Joyce at the helm of this application!” noted VFX Bidding Producer Jacquie Barnbrook (The Jungle Book, Cosmos: A Spacetime Odyssey, Hunger Games).

Once a script is uploaded, Curó generates a breakdown of scenes, action and dialogue. From there, users can identify shots and organize sequences, build the list of assets and FX elements, and create assumptions -- items that inform the work required to execute shot production. A plethora of metadata including assets, FX and assumptions are attached to each shot, which can then be advanced to budget projection. Tools within budget production allow for adjusted shot complexity as well as tax incentive forecasting and accounting for fringe costs, providing dynamic VFX cost projections and tracking. The system is also completely secure with the option to build in two-factor authentication. At any time, Curó can create and export reports in various formats. “Even the smallest projects now rely on VFX to help tell their stories and the cost to create these VFX can be significant, if not in the tens of millions for high-profile features,” Cox said. “Despite the major technology advancements we’ve seen in the entertainment industry, tracking VFX costs has remained difficult and complex, with potentially major financial consequences for even minor missteps. Curó fills a gaping hole in content creation, saving users time and money, and providing peace of mind.”

Curó is currently tailored for studios, and future modules will accommodate budgeting for VFX vendors as well, a highly-anticipated development. “The most successful VFX projects benefit from finances which are transparent and cleanly exchanged between the VFX house and the producer, facilitating timely decision making,” noted MPC VFX executive producer Philip Greenlow. “A robust, standardized financial toolset for producers to manage VFX costs would be advantageous; Joyce’s knowledge and experience provide an invaluable resource for the development of such tools.”

SIGGRAPH 2018 runs August 12-16 at the Vancouver Convention Center; attendees can demo Curó in booth 1033. To sign up for a 30-day free trial of Curó, visit: www.curovfx.com