First 2D animated feature from Titmouse -- directed by Chris Prynoski and featuring the voices of Paul Rudd and Patton Oswalt -- lands on Digital January 6 and on DVD February 7. Nerdland follows aspiring actor John (Rudd) and wannabe screenwriter Elliot (Oswalt) -- slacker best friends who have seen their dreams of super-stardom fizzle. With their 30th birthdays looming and desperation growing, they decide that in this 24/7, celebrity-obsessed world of over-shared navel-gazing, there are more ways to get famous than ever before -- so why not become famous by the end of the day, at any cost?!

With only the grudging support of a wacky collectible store owner (Hannibal Buress) and their one-sided love for a pair of equally fame hungry women (Riki Lindhome & Kate Micucci) to keep them going, John and Elliot troll Los Angeles on an attention grabbing journey of reckless publicity stunts and failed heroics. While navigating their hyper-stimulating landscape of consumerism gone wild, our disheartened duo inadvertently become key witnesses in a high profile crime that sets the news cycle on fire, making them household names... but only if they can survive the infamy and worldwide shame.

Watch a clip from the movie in the player below: 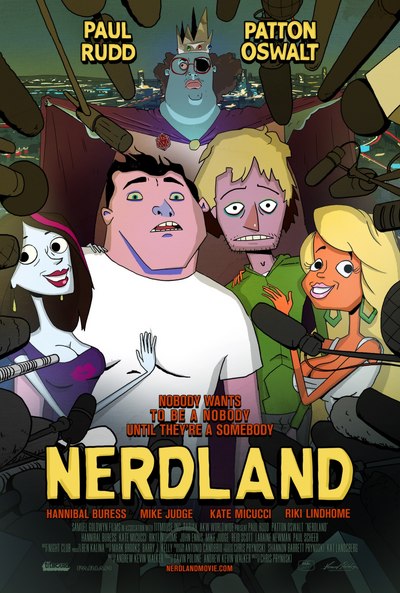