CLIP: Things Get Weird in Liu Jian’s ‘Have a Nice Day’ 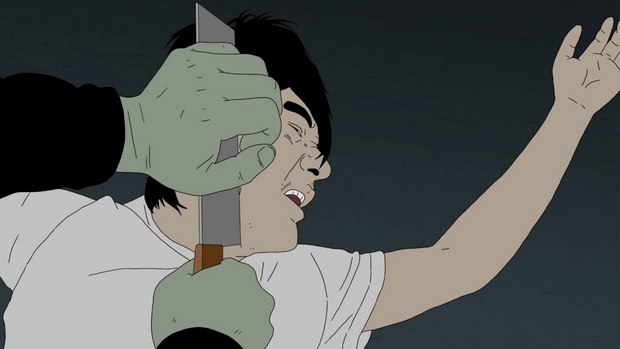 Liu Jian’s ‘Have a Nice Day’ will be released January 26th in New York by Strand Releasing.

Billed as a “whirlwind neo-noir tale,” the 2D-animated film is the second full-length feature film from director Liu Jian, following his 2010 debut, Piercing I. Winner of the 2017 Taipei Golden Horse Award for Best Animation Feature, Have A Nice Day also has the distinction of being the first Chinese animated feature selected to screen in competition at the Berlin Film Festival.

Set in a small town in Southern China, Have A Nice Day follows Xiao Zhang, a humble driver who steals a bag containing 1 million Yuan from his boss in a desperate attempt to find money to save his fiancée's failed plastic surgery. News of the robbery spreads fast within the town and, over the course of one night, everyone starts looking for Xiao Zhang and his money.

In the new clip, entitled “What A Weirdo,” Xiao Zhang meets a professional hit man and tries to make a deal:

With music by The Shanghai Restoration Project, the film is in Mandarin with English subtitles. Have A Nice Day is set to open January 26th in New York, with a national release to follow.