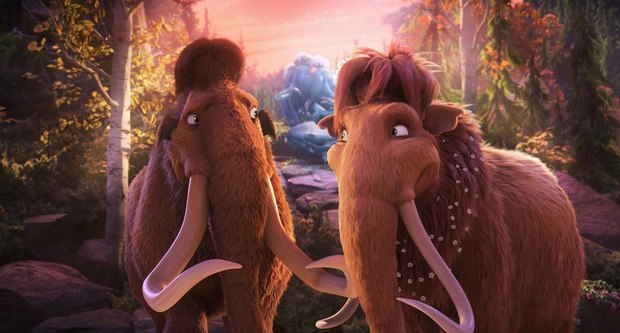 The fifth installment in the franchise, Collision Course returns audiences to the Ice Age heroes in an all-new adventure where Scrat’s epic pursuit of the elusive acorn accidently triggers cosmic events that threaten the Ice Age world.  Now Buck, Manny, Ellie, Sid, Diego and the rest of the herd must work together on an action-filled journey with colorful new characters in order to survive the global Scrat-tastrophe.

Directed by Mike Thurmeier from a script written by Michael Berg, Ice Age: Collision Course was produced by Carlos Saldanha and Lori Forte. The movie debuted to $21.4 million in its opening weekend in July, going on to make $63.9 million at the domestic box office and $340.9 million overseas for a total of $404.8 million worldwide.

Available now on Blue-ray, DVD, and 4K Ultra HD Disc, the release comes with the Scrat: Spaced Out Mini-Movie short and a slew of featurettes, including “Ice Age: The Story So Far,” “Scratasia: Scrat’s Solo Adventures,” “Mysteries of the Scratazons,” “Star Signs of the Animal Kingdom” and “The Science of It All: deGrasse Tyson debunks,” as well as a “Figaro Sing-along.”

Check out the new clip, in which Manny and Ellie discuss various tactics for keeping their offspring safe at home, in the player below: