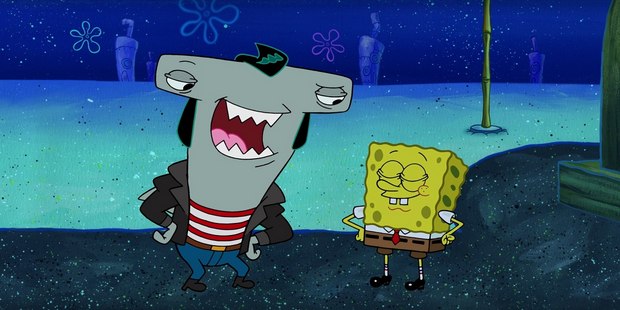 The happy days continue in Bikini Bottom during a brand-new episode of SpongeBob SquarePants, “Sharks vs. Pods,” featuring Happy Days cast members Henry Winkler, Michael McKean and David Lander. The trio lends their voices as “The Sharks” in a brand-new episode premiering Wednesday, May 4, at 5:30pm (ET/PT) right after a new episode of Nickelodeon’s newest animated comedy series, The Loud House.

In the episode, “The Sharks” are the toughest guys in town, but their next confrontation might be too much for SpongeBob to handle. Henry Winkler voices Sharkface, a tough guy who grew up on the mean streets of Bikini Bottom; Michael McKean voices Lonnie, a skateboarding punk from the Red Hook neighborhood of Bikini Bottom; and David Lander lends his voice as Donnie, a guy who grew up in an upper-class family in Bikini Heights.