In an exclusive new clip, best pals George and Harold review their first season during a guest appearance on the ‘Chattin’ Pants’ talk show. 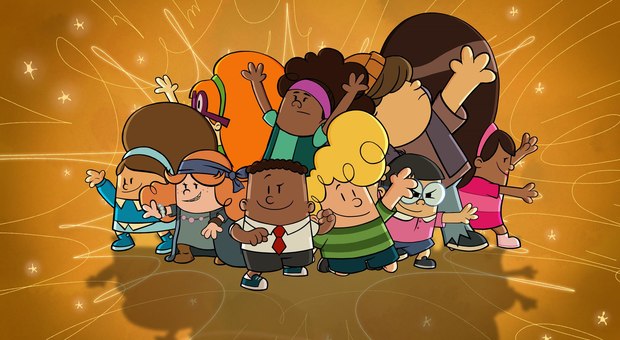 TRA-LA-LAAAA! The second season of DreamWorks Animation’s The Epic Tales of Captain Underpants is returning to Netflix on February 8.

Ahead of the Season 2 debut here’s an exclusive new clip to watch, with best pals George and Harold appearing as guests on a talk show called Chattin’ Pants Morning Edition. Alongside host George Beard, the duo reviews the first season (“Wow, a lot of screaming.”) until suddenly Mr. Krupp crashes onto the set and threatens to have them all arrested. Hopefully Captain Underpants will save the day:

From Peabody Award and Emmy-winning executive producer Peter Hastings, The Epic Tales of Captain Underpants is based on the epic novels by Dav Pilkey that have sold more than 80 million copies worldwide. In the hilarious series, each 22-minute episode is divided into short “chapters.” Along with a seemingly unstoppable villain, each stand-alone adventure contains an original comic created by George and Harold, and, just like Pilkey’s books, boasts an inventive visual style covering everything from puppets to live-action moments interspersed with the 2D animation.