Who’s that scratching at my door? Everyone’s favorite canine hits Blu-ray and DVD with special bonus content including behind-the-scenes footage, the puppetry behind the puppy, and tips and tricks for caring for a 10-foot-tall dog. 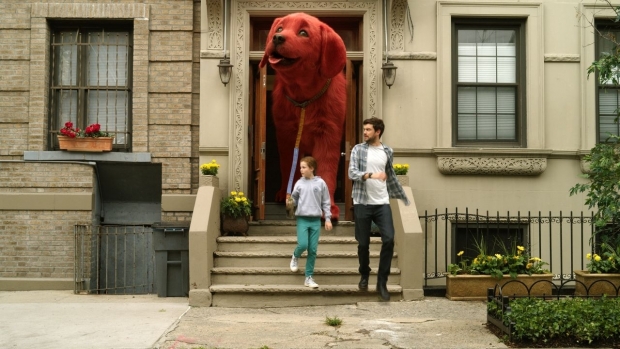 Paramount Movies has announced that Clifford the Big Red Dog will find his way home on Blu-ray and DVD February 1. The release includes special bonus content including behind-the-scenes look at the movie with interviews with cast and crew, an introduction to the puppeteers that brought our favorite pup to life, and early drawings by Norman Bridwell, the creator of the popular book series that inspired the movie.

The movie is currently available on Digital.