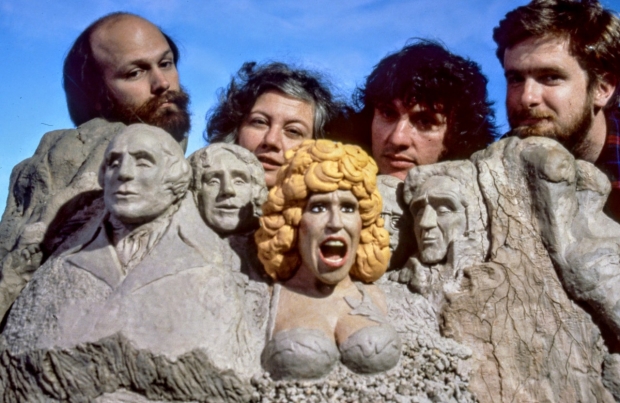 From anthropomorphic raisins and candy to surrealistic visions of Mark Twain’s timeless tales, animator Will Vinton made an indelible mark on the medium as a pioneer of “claymation” -- a term fairly commonplace today, but considered novel at the time he created it.

Throughout the 1980s and ’90s, Vinton’s innovations in clay-based stop-motion animation molded memorable characters for iconic ad campaigns, including The California Raisins and the colorful cast of walking and talking M&Ms. In 1985, Vinton brought his signature technique to the big screen, providing stop-motion claymation for The Adventures of Mark Twain, which he also directed. Today, that film is considered a watershed moment for cinematic animation, and one of its more chilling vignettes - based on Twain’s “The Mysterious Stranger” - achieved Internet fame in 2019, with one fan posting it as a viral YouTube video entitled, “Creepiest scene from any kid's movie.”

Now, Vinton’s career adventures and impact on animation are chronicled in Claydream -- a documentary film on how the artist built his empire “with big aspirational dreams driven by creativity, but an ever-evolving business nipping at his heels.” The trailer for the film offers an overview of this narrative: first serving up an array of Vinton’s beloved and best-known achievements in claymation, and then hinting at the dark influence of corporate greed that tainted its spirit as its commercial viability grew.

Director Marq Evans structures this portrait of Vinton around interviews with the “Father of Claymation” himself, as well as many of his closest collaborators. The film aims to explore that ever-present conflict between creative vision and commerce that often lies at the heart of every great artistic breakthrough.

Claydream had its world premiere at the 2021 Tribeca Film Festival. Oscilloscope Laboratories is releasing the film in U.S. theaters this month -- first in New York City on August 5, then in Vinton’s native Portland on August 12 before a nationwide roll-out.

Watch the trailer for Claydream: