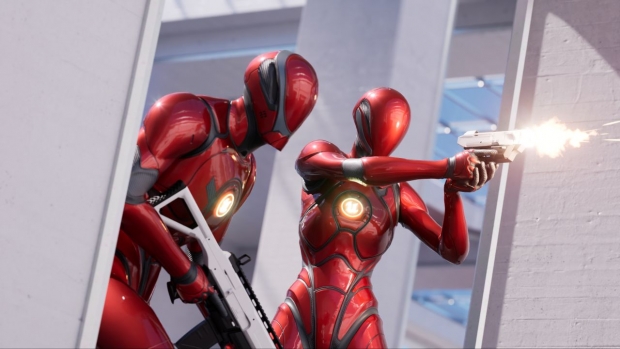 As part of Epic Games’ State of Unreal presentation this morning, alongside the news Unreal Engine 5 is now available, the company shared additional info on new sample projects, thousands of free assets, and a new community hub with additional resources for the UE development community.

In an Unreal Engine blogpost, Epic Games noted that in the leadup to UE5’s release, the new platform’s key features and performance enhancements were shared (and production-proven) in both Fortnite and The Matrix Awakens: An Unreal Engine 5 Experience demos.

The Lyra Starter Game is a sample gameplay project available as a free download. Designed to serve as a starting point for building and shipping UE5 games, Lyra is a hands-on learning resource that incorporates many key engine features, includes multiple maps and modes, and comes with a fully networked multiplayer environment. Epic will continually update this living project alongside future UE5 releases.

The City Sample is a free sample project that reveals how the large open world from The Matrix Awakens: An Unreal Engine 5 Experience was built. The project—which consists of a complete city with buildings, vehicles, and crowds of MetaHuman characters—demonstrates how UE5’s new systems and workflows made building this experience possible.

Epic has also confirmed that over 85 game studios are already part of the UE5 community, including The Coalition, CD PROJEKT RED, Crystal Dynamics, and many other world-class teams.

Learn more about today’s Unreal Engine technology and community news in the State of Unreal presentation: