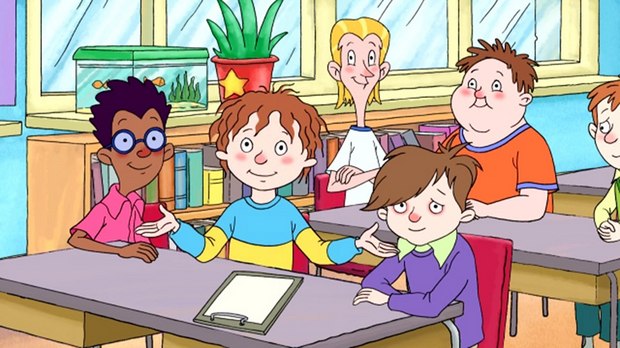 OXFORD, ENGLAND -- CITV and ITV have committed to broadcasting Novel Entertainment’s hit property Horrid Henry. Fourteen brand-new episodes are going to be aired beginning this fall. Horrid Henry is one of the biggest children’s animated shows ever in the U.K.

CITV ran a week of Horrid Henry episodes this summer and plans to air over 100 episodes during back-to-school weekend on September 5th and 6th.

The new Horrid Henry’s Big Box of Pranks app hit iOS and Android this month and a new line of clothing and double DVD pack Horrid Henry’s Big Holiday are now also available at retail from July. Other key licensing partners include Abbey Home Media, Paul Lamond, Rubies and H. Grossman, which will offer a diverse range of licensed products both in stores and online.

Novel’s three times BAFTA-nominated TV show has been a huge success for CITV and the brand has been extended to include film, stage, radio and online as well as being at the heart of a successful licensing and merchandising program. The show is consistently the most watched series on the CITV channel and has a significant and growing social media following.

The digital arena is a huge area of growth for Horrid Henry. The show is available through Netflix in the UK and on both Hulu and Netflix in the U.S. In addition, there are a number of episodes of Horrid Henry available on iTunes. The dedicated Horrid Henry website, www.horridhenry.me, features exclusive content with over 121,000 members and more than 2 million visits.