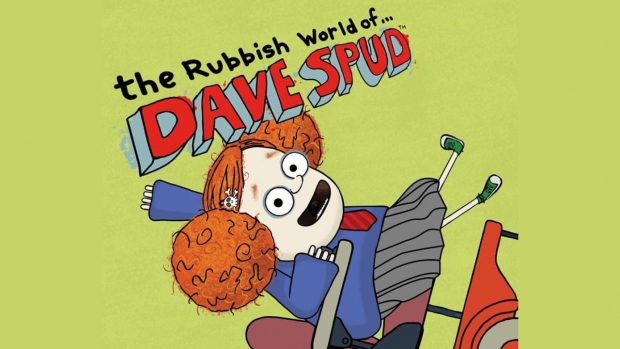 CITV has announced they have commissioned Season 2 of animated comedy adventure The Rubbish World of Dave Spud, from The Illuminated Film Company. The new season is scheduled for broadcast in Winter 2020. The series first launched in September 2019 and following a successful run and record ratings, an additional 52 episodes were ordered for delivery over 2020 and 2021.

The Rubbish World of Dave Spud, targeting kids age 6 – 11, follows the no-nonsense, close knit Spud family and their amazing escapades. The series features Dave Spud and his family and friends as they enjoy the ordinary things in life, but it is never long before the world starts to misbehave. The new series will see new adventures and exploration of the world. “We have really appreciated the support from ITV for the series and it has been exciting seeing the success the first series has had for CITV and kids up and down the country,” commented series producer, Iain Harvey. “We cannot wait to share more escalating adventures of this Northern family.’

“The Rubbish World of Dave Spud is everything we look for in original programming for CITV and more,” added commissioning editor, Emma Barnard. “Wildly imaginative, funny, brilliantly produced and brought to life by the voices of a stellar line up of actors. We’re absolutely delighted to land a new series and we’re celebrating by showing the original run in full on CITV on the Bank Holiday. Enjoy.”

The Rubbish World of Dave Spud is an Illuminated Film Company production, commissioned for CITV director of digital channels, Paul Mortimer. Internationally, the series is being represented by Beta Film.