Production is underway in Vancouver with top talent being recruited to immediately begin working on the feature. 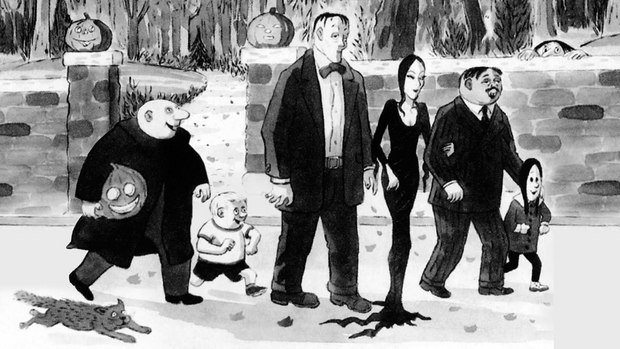 VANCOUVER -- MGM has tapped visual-effects house Cinesite Studios to provide computer generated animation and digital visual effects for the feature film based on the The Addams Family, the macabre clan made famous by cartoonist Charles Addams.

Production is underway at Cinesite with top talent being recruited to immediately begin working on the feature. During the course of the production it is expected that more than 200 artists, technicians and support staff will be employed to work on the film at the Vancouver studio. Line producer Barbara Zelinski will oversee for Cinesite Studios.

The film will be directed by Conrad Vernon (Shrek 2, Monster vs. Aliens, Sausage Party) and created in Vancouver at Cinesite’s studio on Powell Street. The film will be produced by Vernon, Gail Berman under her banner The Jackal Group, and Alex Schwartz. It will be executive produced by Andrew Mittman and Kevin Miserocchi. Tabitha Shick, MGM’s executive director of worldwide motion pictures, is overseeing the project on behalf of the studio. Pamela Pettler (Corpse Bride, Monster House) wrote the screenplay based on the cartoon series, with revisions by Matt Lieberman.

Antony Hunt, group CEO said: “We couldn't be more excited about our partnership with MGM and their trust in us as a leading animation studio to re-introduce The Addams Family to a brand-new generation. We’re looking forward to welcoming A‐class talent from across Canada and beyond to join our growing crew in Vancouver.”

The Addams Family is a satirical inversion of the ideal American family: an eccentric, wealthy clan who delight in the macabre and are unaware that people find them bizarre or frightening. They originally appeared as an unrelated group of 150 single panel cartoons by Addams, about half of which were originally published in The New Yorker between debuting in 1938 and Addams' 1988 death. They have since been adapted to other media, including the well-known television series, a series of live-action films, and most recently a Broadway musical.

Cinesite opened its animation division in Montreal in 2014 and has since completed production on three animated features: The Star (Sony Pictures Animation) Gnome Alone and Charming (3QU Media). The Addams Family (MGM) will be the fourth CG animated feature to be created by the independent digital entertainment studio. The production will be based in British Columbia while Cinesite’s Quebec studio continues work on the remaining projects within 3QU Media’s slate and other feature animation productions in development.