In addition to attending industry events like Spark Animation in Vancouver, CTN eXpo in Los Angeles and Journée Québec in Paris, Cinesite’s recruitment team will be visiting several major international cities throughout October and November to meet potential recruits. 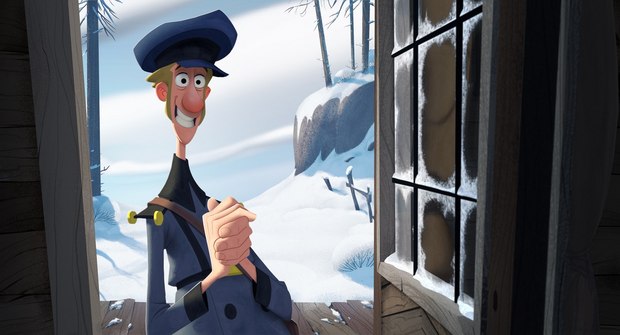 MONTRÉAL -- Delivering great stories to global audiences requires world-class people. In order to complement its expanding team of local artists, Cinesite is launching an international roadshow, seeking new talent for its Montréal team. In addition to meeting recruits at festivals and events including Spark Animation in Vancouver, CTN eXpo in Los Angeles and Journée Québec in Paris, Cinesite’s recruitment team will be visiting several major international cities throughout October and November and meeting potential recruits.

Cinesite’s international roadshow follows the recent announcement that former vice president of talent at Illumination Entertainment Dave Rosenbaum has joined the company as Chief Creative Officer. Rosenbaum will be focusing his efforts into making Cinesite a premiere movie animation studio in North America and is keen to discover new talent to join the studio in this exciting phase of expansion.

“What an extraordinary opportunity to bring the best artists and filmmakers in the world to a city as rich in culture as Montreal, to collaborate on the next generation of classic animated movies, and to build together one magnificent studio,” said Rosenbaum.

Cinesite is currently working on several productions, both as an animation service provider and also developing its own property. A slate deal with 3QU Media will see the release of its first collaboration, Charming, in Spring 2017; Gnome Alone, also for 3QU, is currently in production. Cinesite also announced in February 2016 that it is partnering with SPA Studios (Sergio Pablos) and Atresmedia Cine to produce the holiday season feature Klaus.

In addition to recruiting for feature animation, Cinesite will also be meeting people interested in joining its busy visual effects division.

To arrange a meet up with Cinesite’s feature animation and visual effects recruitment team, please register your details using the online form.