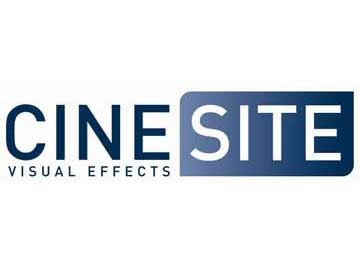 London – Québec Premier Pauline Marois visited visual effects house Cinesite today for the official announcement that Cinesite is opening up in Montréal, greatly expanding its capacity and international presence.  The first project to be completed at the new location will be the Guy Ritchie film, The Man From U.N.C.L.E., for Warner Bros.

The new, high specification facilities at 250 St-Antoine West cover 26,000 sq. ft. and have capacity for 250 artists. The facility will operate under a unified pipeline between London and Montréal, with connectivity provided by Sohonet.

“Over the past few months Cinesite has been looking at several opportunities for international expansion,” says Cinesite Managing Director Antony Hunt. “Montréal has a thriving gaming, software and technology community, which has been making a natural extension into visual effects.  This burgeoning creative hub, combined with the investment support offered by the government of Québec, makes it the ideal location for us.  Cinesite’s growth within the region will also attract local and global creative and technical talent. Visual Effects have become an increasingly global market.  This move will allow our clients to leverage local fiscal advantages along with Cinesite’s world-class reputation for visual effects and animation.  Content creation in animation is also an important part of our future growth strategy.”

“I am glad to see that another London studio has chosen Québec as its key partner in North America,” said Pauline Marois, Premier of Québec. “With past productions such as Harry Potter and the Deathly Hallows, Pirates of the Caribbean: On Stranger Tides, and Prince of Persia, Cinesite proved that they are among the top studios in the world. In fact, with Cinesite, Montréal is now home to three of the world’s premier visual effects studios. This will further consolidate the cluster and broaden the synergy between industry stakeholders.”

Warner Bros. has appointed Cinesite as a vendor on The Man From U.N.C.L.E., developed from the original cult television series from the 1960s. Work on the film, directed by Guy Ritchie and starring Henry Cavill (Man of Steel), Armie Hammer and Hugh Grant, will be shared between the London and Montréal offices.

Several films that Cinesite has worked on are releasing in 2014, including 300: Rise of an Empire, Robocop, Edge of Tomorrow, Into The Storm, Jack Ryan: Shadow Recruit and The Monuments Men.

“We’re opening up in a new location, with a new award of work and a talented team of home grown and international visual effects artists,” says Hunt. “It’s a very exciting time for the company.”

Cinesite is recruiting for the new Montréal studios at www.cinesite.com.