London and Montréal-based effects house provides a range of VFX work for the highly-anticipated sequel to the original 1996 classic movie directed by Roland Emmerich. 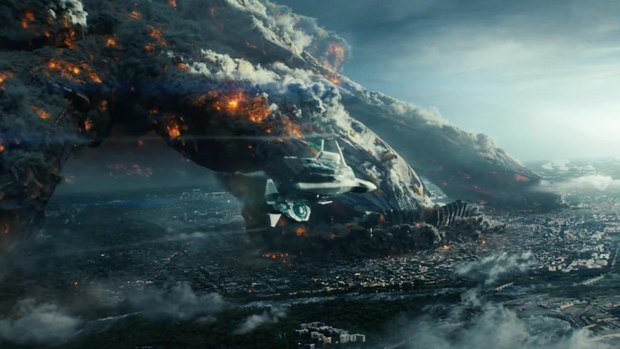 LONDON - Cinesite has completed visual effects for a major sequence in Independence Day: Resurgence, the much anticipated sequel to the original 1996 classic, which is now in theatres. Work on the production was shared between the studios’ Montréal and London facilities, as well as partner company Image Engine in Vancouver. VFX Supervisor Holger Voss oversaw Cinesite’s work, in close collaboration with production supervisors Volker Engel and Doug Smith.

“Volker and Doug have an amazing track record in visual effects,” commented Voss. “Working with two supervisors who received Academy Awards for their work on the original film was a great honor. Cinesite’s team was focused on doing justice to the quality of that work in the sequel.”

Twenty years after mankind defeated an extraterrestrial attack, the aliens are back; this time in greater numbers. Using alien technology salvaged from the original war, the earth’s combined military forces ready themselves to defend the human race once more. The main body of Cinesite’s work surrounds a massive battle at Area 51 between the alien and human forces, both on the ground and in the sky.

Multiple CG elements were involved in creating shots which in many cases were entirely computer generated, including alien fighters, weapons, CG crowds and environments. Many of the assets were supplied to Cinesite from other facilities, but required extensive work to bring them into the company’s pipeline and to complete shots.

The Area 51 environment was assembled out of 120 separate assets, using a blueprint layout file; these objects were instanced multiple times to create around 25,000 instances. In addition to creating a “clean” version of Area 51, it was necessary to create four progressively damaged versions of the buildings, along with explosions, smoke plumes and scorch marks, as it is destroyed by the surrounding battle.

The moon cannon, an alien weapon which the Earth’s forces seized twenty years previously, was also reassembled by Cinesite’s team. As it is blasted by alien lasers, it collapses onto a defensive wall. The dramatic destruction of the cannon was created using hand animation and FX simulation.

A central feature of the entire battle sequence is the aliens’ imposing, 5km wide Queen ship, which is at the center of all of the action. Cinesite conceived the look for this ship, building the asset and adding it into many shots during the epic battle sequence.

“These are some of the most complex shots we have completed, certainly for our Montréal studio and they were finished in a relatively brief 4-6 month production period,” added Voss. “This has been a fantastic opportunity for us to show what both our London and Montréal teams are capable of.”