Los Angeles-based Natasha Gould will lead business development on the west coast; Martin Perkins has been named the studio’s new business and bidding manager for the London office. 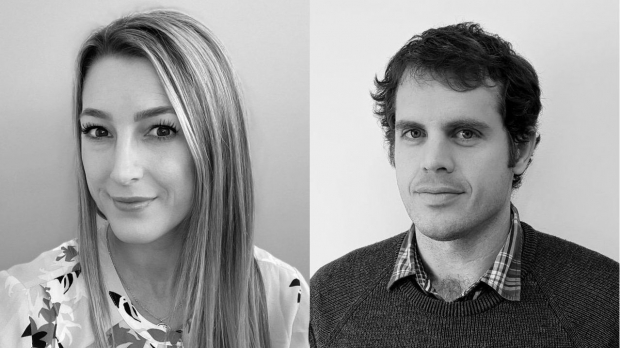 Digital entertainment studio Cinesite has announced the expansion of their business team with the addition of Natasha Gould, named business development executive for VFX representing the company in Los Angeles, and Martin Perkins, new business and bidding manager in the company’s London office. Both will work closely with studio’s chief VFX business development officer, Drew Jones. Together they have extensive knowledge of tax incentives available to filmmakers; they will make recommendations based on specific requirements and curate teams for projects across the company’s VFX studios.

Gould will be tasked to drive client relations and business development, drawing on her network, local knowledge, and proximity to LA-based filmmakers. As the former new business manager at MPC, she will bring commercial value to studio executives and producers’ decision-making process and enhance communications between Hollywood and Cinesite’s international studios.

In his new role, Perkins will be responsible for sourcing new business, and assessing creative resources needed for all new VFX film and episodic projects up for award at the London studio. Prior to joining the Cinesite team, he spent the last three years at Framestore where wore multiple hats giving him a deep understanding of film production, virtual production, competitive bids, and expertise in building relationships with studios and VFX talent. In recent years he has produced several notable films with his credits including Wonder Woman 1984, The Secret Garden and Thor: Ragnarok.

“We’re very fortunate to have Natasha and Marty join Cinesite,” commented Jones. “They each bring something special to their respective roles, but what’s common between them is their business acumen and industry knowledge. Their ability to approach the rapidly shifting industry with an eye towards efficiency, innovation and growth, is not only valuable to the company day-to-day, but for our clients as the business continues to transform to keep pace with the evolving entertainment landscape and demand for high quality content.”

Starting out as a VFX studio for film, Cinesite has bolstered its talented roster of creative and production supervisors to offer a full spectrum of services; set supervision, VFX consultation and high-end CG and previsualization services for feature and episodic content, alongside feature animation services. The company is headquartered in London with studios in Montreal and Vancouver.