Former Rainmaker executive takes reins of studio as it works on ‘The Addams Family’ feature for MGM. 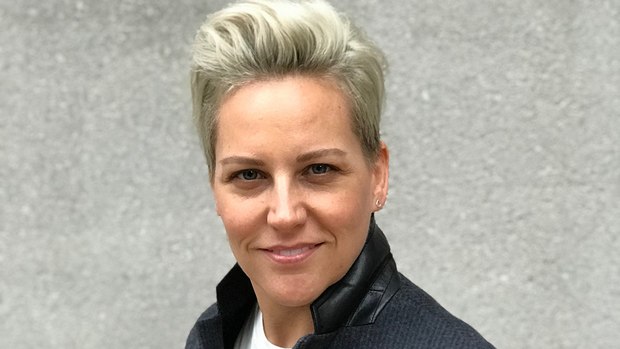 VANCOUVER -- Cinesite Studios announced the appointment of Tara Kemes as general manager of its feature animation studio in Vancouver. Kemes, who takes over from Nicole Stinn, will be responsible for the overall management of the studio and will report directly to Cinesite Group CEO Antony Hunt.

As general manager, Kemes will combine years of industry experience with a thorough understanding of what is required to execute Cinesite’s high-quality production commitments. As part of one of the largest independent studios producing feature animation, the Vancouver facility is working on The Addams Family for MGM and remains one of the city’s leading feature animation studios. Kemes will oversee the continued expansion and strengthen Cinesite’s profile within British Columbia.

Like many Vancouver animation professionals, Kemes started her industry career at Mainframe. She honed her leadership skills working as recruitment manager in the video-game industry for Canada’s Relic Entertainment and Nexon, among others, before re-joining the new Rainmaker Entertainment in 2009 to build the team for its first animated feature film, Escape from Planet Earth. Until 2017, Kemes continued her career progression with Rainmaker, successfully taking on the new role of VP of  culture and talent, and spearheading the company’s commitment to a strong workplace community and the development and expansion of its creative and technical teams. She has continued to demonstrate her passion for nurturing talent throughout her professional career by teaching part-time at the Vancouver Film School.

“In a very short time, Cinesite Studios has made a real commitment to the feature animation business by bringing world-class creative leadership and artists into its studios,” Kemes says. “I feel privileged to join the growing team in Vancouver at such an exciting time as they take on top-tier projects, and I look forward to creating a fulfilling and supportive environment for all and playing a key role in the studio’s continuing success.”

“We are delighted to have Tara join us,” says Cinesite Group CEO Antony Hunt. “She will be instrumental in spearheading our expansion and throughput of exciting animated projects at our Vancouver studio. Tara’s extensive operational experience and instincts for developing talent strikes that special leadership balance; I know that we’re going to benefit greatly from having her on board to continue our focus on the needs of our clients and crew.”

Launching under the Cinesite brand in March 2017 with a core staff of 65, Cinesite Studios’ Vancouver facility boasts close to 100 employees, with plans to continue expanding the crew to more than 200 artists as top talent is recruited to work on the exclusive Vancouver based project, The Addams Family, currently in production for MGM. Directed by Conrad Vernon (Shrek 2, Monster vs. Aliens, Sausage Party), the film is produced by Vernon and Gail Berman under her banner The Jackal Group and Alex Schwartz. Tabitha Shick, MGM’s executive director of worldwide motion pictures, is overseeing the project on behalf of the studio. Pamela Pettler (Corpse Bride, Monster House) wrote the screenplay based on the cartoon series, with revisions by Matt Lieberman.