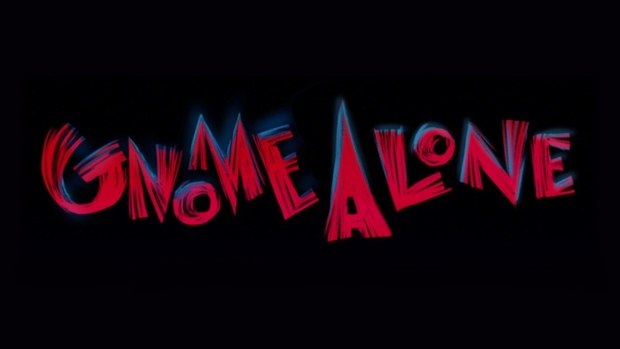 Directed by Peter Lepeniotis (The Nut Job) and produced by 3QU co-founder John H. Williams (Shrek), the animation for Gnome Alone is being produced at Cinesite Animation in Montréal and is slated for completion in the spring of 2017. Gnome Alone is the second of four feature-length animated films to be produced and financed by 3QU Media. The first, Charming, is currently in production and features an A-list voice cast including Demi Lovato, Wilmer Valderrama, Sia, GEM, Ashley Tisdale, Steve Aoki, John Cleese, Nia Vardalos and Avril Lavigne.

The Gnome Alone announcement was made by two of 3QU Media principals, John H. Williams and Henry Skelsey, who started the company in 2014 to create family friendly CG-animated films for global audiences. The company has offices in Los Angeles, Greenwich, CT and Montreal.

Written by Kyle Newman (Barely Lethal; Fanboys) and Micah Herman (Washed Up) with revisions by Rob Moreland and Zina Zaflow, Gnome Alone imagines a centuries-old war waged between the grizzled Gnomes who protect earth and the wacky and hungry Troggs determined to consume everything in sight. When Chloe, the reluctant protagonist discovers that her new home’s garden gnomes are not what they seem, she must decide between the pursuit of a desired high school life and taking up the fight against the ever-multiplying Troggs in a final last stand.

“Peter’s instinct as a director is always toward the relentlessly entertaining,” said Williams. “So I am particularly excited to see what results when we add the incredible vocal talents of Becky and Josh to the action-packed thrill ride he has envisioned.”

“Gnome Alone is an energetic action comedy for kids in the tradition of films like Monster Squad, Gremlins and Ghostbusters with chills and fun scares and plenty of hilarious characters that’ll thrill the child in all of us,” added Lepeniotis.

Becky G, who will make her motion picture debut in the 2017 film Power Rangers as the Yellow Ranger Trini, is a Latin singer/songwriter/rapper/actress who signed her first music contract with Kemosabe/RCA at the age of fourteen after posting an original rap video of herself on YouTube set to the Jay-Z-Kanye West hit, Otis. Prior to winning her role in Power Rangers, Becky took her musical talents to play the recurring role of Latin pop singer Valentina Galindo on the Emmy-winning FOX-TV musical drama series, Empire. She launched her music career as a featured artist on the singles “Wish U Were Here” by Australian singer Cody Simpson, “Oath” by British singer Cher Lloyd, and the remix version of “Die Young” by American singer Kesha, with Juicy J and Wiz Khalifa. Becky provided the song Monster for the Sony Pictures animated film Hotel Transylvania, which featured American rapper will.i.am. Becky G will combine her talents for acting and singing in her leading role as Chloe in Gnome Alone.

Josh Peck has established himself as one of Hollywood’s rising talents making the seamless transition from child actor to leading man. Currently starring as John Stamos’ son in the Fox series Grandfathered, Peck co-starred with Al Pacino, Annette Bening and Jennifer Garner in Dan Fogelman’s 2015 film Danny Collins and starred in the Amazon pilot, The Rebels, opposite Natalie Zea. He has had prominent roles in the TV hits The Big Bang Theory and The Mindy Project and in films including Battle of the Year: The Dream Team, Red Dawn, The Timber, The Wackiness and Mean Creek. Peck is also known for his social media accounts; he has 8.1 million followers on Vine, 1.8 million followers on Twitter and 1.5 million followers on Instagram.