New alliance gives the two VFX houses a combined staff of over 525 artists worldwide, with capacity for 675 at their studios in London, Vancouver and Montréal. 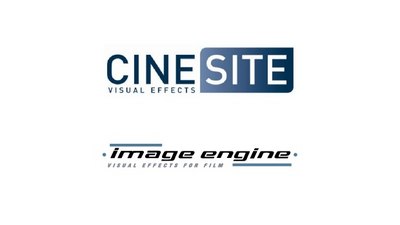 Cinesite and Image Engine have announced a merger of the two companies. The alliance gives the two entities a combined staff of over 525 artists worldwide, with capacity for 675 at their studios in London, Vancouver and Montréal. It ensures that both companies are well positioned to deliver world-class visual effects and animation services to their mutual global customer base.

“Cinesite and Image Engine are totally complementary to each other,” says Cinesite managing director Antony Hunt in making the announcement. “We will continue operating in our various geographical locations and our focus will continue on our different core visual effects strengths. In addition, Cinesite is also leading the charge into feature animation. We’re working on very compelling projects including original IP from our development company, Comic Animations Ltd., and on projects brought to us by the studios. This work can now be shared across all three locations.” “In addition to widening our reach to achieve even greater heights in high-end visual effects, this alliance will present new career development opportunities for all our artists and crews and will deliver benefits and opportunities to all our stakeholders, be they staff, customers, suppliers, financial partners or shareholders,” adds Image Engine CEO Greg Holmes.

Cinesite, which originally opened its doors in London in 1994, is an industry leader in visual effects and feature animation services. Since then it has contributed BAFTA and Academy Award nominated and winning visual effects to films including X-Men: Days of Future Past, Iron Man 3, the Harry Potter series of films and The Golden Compass. It is currently working on productions including Now You See Me: The Second Act, Ant-Man, Spectre, The Last Witch Hunter, Gods of Egypt, Pride and Prejudice and Zombies and The Revenant.

Founded in Vancouver in 1995, Image Engine has built a strong reputation for producing top quality visual effects for film and high-end television. Nominated for an Academy Award for its work on Neill Blomkamp’s District 9 in 2009, the studio has gone on to work on such high-profile productions as Elysium, Chappie, Jurassic World, Game of Thrones and Teenage Mutant Ninja Turtles. Forthcoming releases include Point Break and Straight Outta Compton.