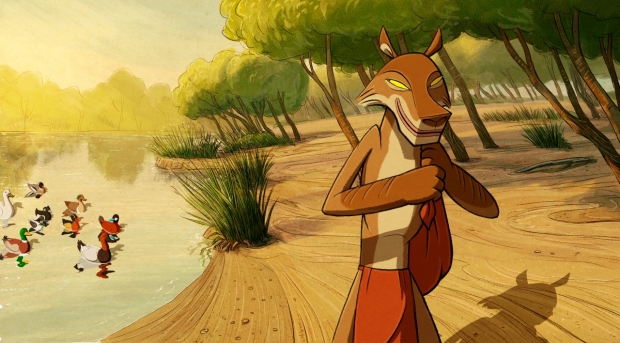 Hungry-based Cinemon Entertainment studio has shared a teaser video for their upcoming animated feature, Four Souls of Coyote. Inspired by Native American folklore, the film retells the story of the universe’s creation. Billed as a call to live in harmony with the environment and save the earth, the film features adventures with animals, magic, hunger, greed, and the sacred circle of all creations.

Created and directed by Áron Gauder (The District! - Winner of Cristal for Best Feature at Annecy 2005) and joined by co-writer Géza Bereményi, the movie received support from the Hungarian Film Institute. The project marks the continued expansion of Cinemon’s project roster as its fourth in-house feature production in the last five years.

According to Gauder, “the film’s biggest commitment is to offer a way out that will take us back to the wonders of life. Not only a creation story never heard before, it also presents the issues of sustainability and shared responsibility that concern us all through the magical and powerful knowledge and wisdom of the Native Americans.”

Four Souls of Coyote was created with 2D and 3D animation, paintings, and drawings by Gauder. Zsolt Baumgartner serves as director of animation, and the music includes Native American songs. Production is by Budapest-based Cinemon Entertainment.

The film comes to Hungarian cinemas in 2023.