Cinelicious to Restore ‘Belladonna of Sadness’ For U.S. Release

1973 Japanese animated masterpiece is the final film from the ‘Animerama’ trilogy produced by Osamu Tezuka and directed by Eiichi Yamamoto. Cinelicious Pics has signed an exclusive deal to restore and distribute the long-unavailable 1973 Japanese animated masterpiece Belladonna of Sadness, as its first major restoration and re-release. The last film in the groundbreaking Animerama trilogy produced by the godfather of Japanese anime & manga, Osamu Tezuka (Metropolis, Astro Boy) and directed by his long time collaborator Eiichi Yamamoto, Belladonna is a mad, swirling, psychedelic lightshow of medieval tarot-card imagery with horned demons and haunted forests. Never before released in the U.S., Belladonna of Sadness unfolds as a series of spectacular still watercolor paintings that bleed and twist together like an animated version of Chris Marker’s “La Jetée.” Cinelicious will restore the feature using the original 35mm camera negative and sound elements in anticipation of a 2015 theatrical, VOD, and home video re-release in North America.

Cinelicious Pics, which launched earlier this year, is uniquely positioned to restore film through its parent company Cinelicious. “It took months of negotiations to convince the Japanese rightsholders to entrust us with the original camera negative of the film which we’re restoring in-house,” says Cinelicious Pics’ President Paul Korver. “People will be simply blown away by the wild, hallucinatory images and soundtrack,” he adds. “Belladonna of Sadness belongs on a short list with Rene Laloux’s Fantastic Planet and Ralph Bakshi’s Wizards as one of the trippiest animated films ever conceived,” adds Cinelicious Pics’ EVP of Acquisitions & Distribution Dennis Bartok. “This is a major rediscovery – and I have to give credit to Hadrian Belove at The Cinefamily here in L.A. for bringing the film to our attention.” 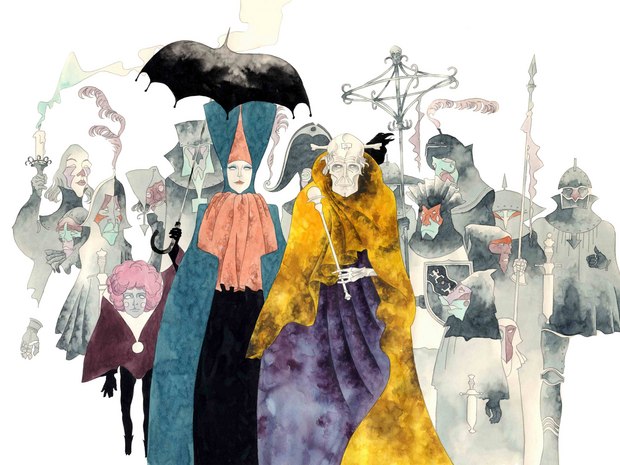