Cinelicious, SpectreVision and The Cinefamily in Los Angeles team to present a 4K restoration of the Japanese anime feature ‘Belladonna of Sadness,’ directed by Eiichi Yamamoto (‘Astro Boy’) and produced by Osamu Tezuka’s Mushi Productions. “Although it was too far-out there and explicit for distributors in America in the early 1970s, I think cinema audiences have finally caught up with Belladonna,” says Dennis Bartok, EVP of Cinelicious Pics, noting “The film combines Tolkien-style medieval fantasy, demonic tarot-card imagery by way of artists like Gustav Klimt, Egon Schiele and Guido Crepax, graphic and disturbing eroticism, and a mind-blowing, fuzz-stoked psychedelic soundtrack.”

The impetus for the restoration came from The Cinefamily founder Hadrian Belove, who broached the idea with Cinelicious Pics’ President Paul Korver and E.V.P. Dennis Bartok.

“We are proud to unite with SpectreVision and The Cinefamily to boldly bring it to new life in a spectacular 4k restoration using the original 35mm camera negative and sound elements, which traveled outside of Japan for the first time ever,” says Cinelicious Pics’ President Paul Korver.

After viewing a badly copied duplication of the film over the Internet, Korver and Bartok were immediately taken with it and began a detective search to track down the rights-holder. Cinelicious Pics’ parent company, postproduction and restoration house Cinelicious Inc., handled the state-of-the-art film scanning and restoration.

“We had a short list of dream films here at Cinefamily we wanted to see restored: films that wouldn't just be major rediscoveries, but ones that would benefit the most from being seen in all their audio-visual glory. Belladonna was at the top of the list,” notes Belove. “What Cinelicious did with Belladonna was absolutely transformative. I found the final restoration absolutely overwhelming. It was like seeing the film for the first time.”

During the process of the restoration, Korver and Belove reached out to SpectreVision partners/founders Daniel Noah, Josh C. Waller and Elijah Wood. Without hesitation, the trio offered their involvement as part of the company’s ‘SpectreVision Presents’ banner.

“We created SpectreVision to support films that fall between standard definitions of genre,” Wood explains. “I’m not sure we’ve ever encountered a film that better exemplifies this than Belladonna of Sadness, a unique and original work in every possible respect.”

Prior to the film’s theatrical, Blu-ray and VOD release in 2016, Belladonna of Sadness will be screened at several prestigious film festivals, both in the United States and internationally, to be announced shortly.

Belladonna of Sadness was the final film in the adult-oriented Animerama Trilogy, all of which were directed by Eiichi Yamamoto (the classic Astro Boy and Kimba the White Lion TV series) and produced by Japanese anime and manga legend Osamu Tezuka’s Mushi Productions. 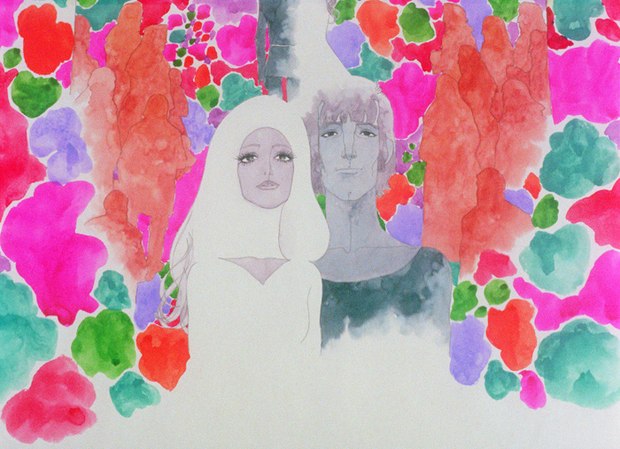