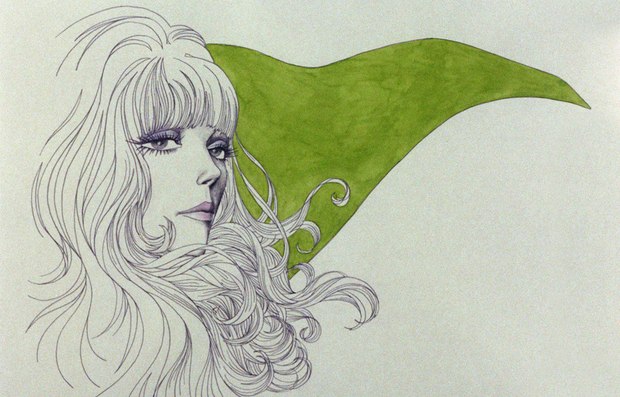 The Cinefamily has joined forces with Cinelicious and SpectreVision for an encore presentation of the newly-restored version of the long-unseen 1973 Japanese anime feature, Belladonna of Sadness.

Never officially released in the United States, the beautiful and wildly surreal Belladonna of Sadness was adapted from writer Jules Michelet’s 1862 proto-feminist occult novel La Sorciere. It was the final film in the adult-oriented Animerama Trilogy, all of which were directed by Eiichi Yamamoto (the classic Astro Boy and Kimba the White Lion TV series) and produced by Japanese anime and manga legend Osamu Tezuka’s Mushi Productions.

The 4K restoration of Belladonna of Sadness made its debut back in December at The Cinefamily in Los Angeles as part of Animation Breakdown 2015, and screened out of competition in June at Annecy. The encore screenings will take place on September 16, 17 and 18, with tickets available for $12.

One of the great lost masterpieces of Japanese animation, never before officially released in the U.S., Belladonna of Sadness is a mad, swirling, psychedelic light-show of medieval tarot-card imagery with horned demons, haunted forests and La Belle Dame Sans Merci, equal parts J.R.R. Tolkien and gorgeous, explicit Gustav Klimt-influenced eroticism. The last film in the adult-themed Animerama trilogy produced by the godfather of Japanese anime & manga, Osamu Tezuka and directed by his longtime collaborator Eiichi Yamamoto (Astro Boy and Kimba the White Lion), Belladonna unfolds as a series of spectacular still watercolor paintings that bleed and twist together. An innocent young woman, Jeanne (voiced by Aiko Nagayama) is violently raped by the local lord on her wedding night. To take revenge, she makes a pact with the Devil himself (voiced by Tatsuya Nakadai, from Akira Kurosawa’s Ran) who appears as an erotic sprite and transforms her into a black-robed vision of madness and desire.

Extremely transgressive, Belladonna is fueled by a mind-blowing Japanese psych rock soundtrack by noted avant-garde jazz composer Masahiko Satoh. The film has been newly restored by Cinelicious Pics using the original 35mm camera negative and sound elements -- and including over 8 minutes of surreal and explicit footage cut from the negative. On par with Rene Laloux’s Fantastic Planet and Ralph Bakshi’s Wizards as an LSD-stoked 1970s head trip, Belladonna marks a major rediscovery for animation fans. If Led Zeppelin had a favorite film, this would be it. In other words, Stairway to Hell. (Dennis Bartok, Cinelicious)