The linear streamer will feature the animation studio’s popular ‘Boonie Bears,’ bringing the Asian hit franchise to North American markets; new content will be released monthly and include the popular ‘Kung Fu Masters of the Zodiac.’ 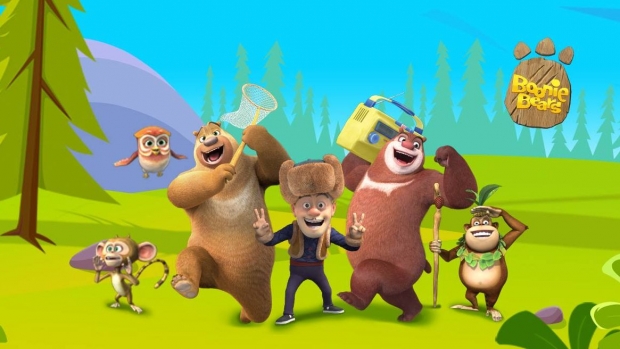 Cinedigm and Fantawild Animation have launched the new linear streaming channel Fantawild. The channel will feature popular CG animated movies and series from the Boonie Bears franchise, currently one of China’s top animated media properties, as well as other celebrated animation brands like Kung Fu Masters of the Zodiac.

The Boonie Bears, which centers around the trials and tribulations of two bears, has been hugely popular in China and around the globe. Cinedigm will distribute Fantawild’s programming across the broader OTT landscape and to viewers across North America. Content will include Boonie Bears: Blast into the Past, Boonie Bears: The Big Top Secret, and Boonie Bears: A Mystical Winter. Viewers will be able to access the ad-supported content on TVs, digital set-top boxes, media-streaming devices as well as online.

“Fantawild’s dedication to innovation has led the studio to become one of the world’s premiere animation companies,” commented Erick Opeka, Chief Strategy Officer and President of Digital Networks for Cinedigm. “Through this partnership, Cinedigm is thrilled to launch a streaming channel dedicated to the studio’s most popular movies and TV series. As more consumers transition to streaming, the need for high-quality, branded family programming continues to grow. This demand has allowed us to bring this global phenomenon into homes across North America.”

“North America is one of the most important markets for us, and we have always been careful entering local platforms with our programs – the right strategy is crucial when we are talking about building our brands in one of the biggest media markets,” added Fantawild Animation president Daisy Shang. “Launching a Fantawild branded channel is a very significant moment for us, and we are happy to have such a great partner on our side to help us with it.”

Cinedigm plans to release new content every month including the animated film, Boonie Bears: The Wild Life, which was released theatrically in mainland China this past Lunar New Year. The movie will be available On Demand & Digital for purchase this summer before finding a home on the new linear streaming channel.