Disney’s ‘Cinderella,’ Steven Spielberg’s ‘Jurassic Park,’ and the independent experimental animated short film ‘Hair Piece: A Film for Nappy-Headed People’ among 25 films that will be preserved by the Library of Congress. 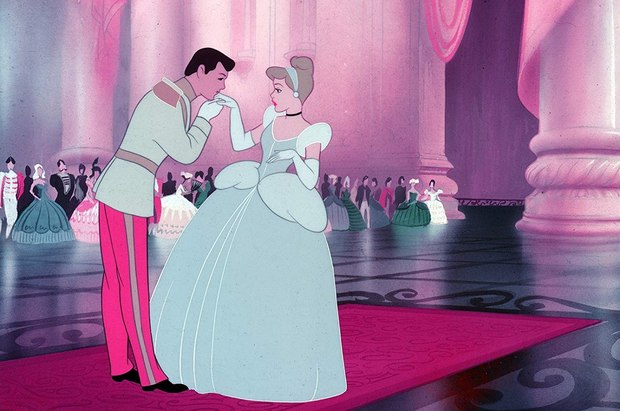 ‘It would take the enchanted magic of Walt Disney and his extraordinary team to revitalize a story as old as Cinderella,’ the Library of Congress writes in its citation for the classic 1950 animated film.

Disney’s Cinderella, Steven Spielberg’s Jurassic Park and the animated short film, Hair Piece: A Film for Nappy-Headed People, produced by one of the first black female animators, Ayoka Chenzira, are among 25 films that will be preserved by the Library of Congress.

“For my independently produced animated experimental film to be included in the National Film Registry is quite an honor,” said Chenzira. “I never imagined that Hair Piece would be considered to have cultural significance outside of its original intent, which was a conversation and a love letter to Black women (and some men) about identity, beauty and self-acceptance in the face of tremendous odds.”

Each year the library chooses films for preservation which are “culturally, historically or aesthetically significant.” To be eligible for preservation, films must be at least a decade old. This year’s 25 additions brings the total number of preserved films to 750.

“It would take the enchanted magic of Walt Disney and his extraordinary team to revitalize a story as old as Cinderella,” the Library of Congress writes in its citation for the classic 1950 animated film:

“Yet, in 1950, Disney and his animators did just that with this version of the classic tale. Sparkling songs, high-production value and bright voice performances have made this film a classic from its premiere. Though often told and repeated across all types of media, Disney’s lovely take has become the definitive version of this classic story about a girl, a prince and a single glass slipper. Breathtaking animation fills every scene, including what was reportedly Walt Disney’s favorite of all Disney animation sequences: the fairy godmother transforming Cinderella’s ‘rags’ into an exquisite gown and glass slippers.”

“Hair Piece is an insightful and funny short animated film examining the problems that African-American women have with their hair,” the Library of Congress notes in its citation for the experimental animated short film:

“Generally considered the first black woman animator, director Ayoka Chenzira was a key figure in the development of African-American filmmakers in the 1980s through her own films and work to expand opportunities for others. Writing in the New York Times, critic Janet Maslin lauded this eccentric yet jubilant film. She notes the narrator ‘tells of everything from the difficulty of keeping a wig on straight to the way in which Vaseline could make a woman’s hair sound like the man in The Fly saying ‘Help me!’”

The Library of Congress calls Jurassic Park “the epitome of the summer blockbuster”:

“The concept of people somehow existing in the age of dinosaurs (or dinosaurs somehow existing in the age of people) has been explored in film and on television numerous times. No treatment, however, has ever been done with more skill, flair or popcorn-chomping excitement than this 1993 blockbuster. Set on a remote island where a man’s toying with evolution has run amok, this Steven Spielberg classic ranks as the epitome of the summer blockbuster. Jurassic Park was the top public vote-getter this year.”

The full list of films added to the National Registry can be found on the Library of Congress website.