Champion of Portuguese animation was instrumental in helping to bring the country to international cultural prominence following its return to democracy in 1975. 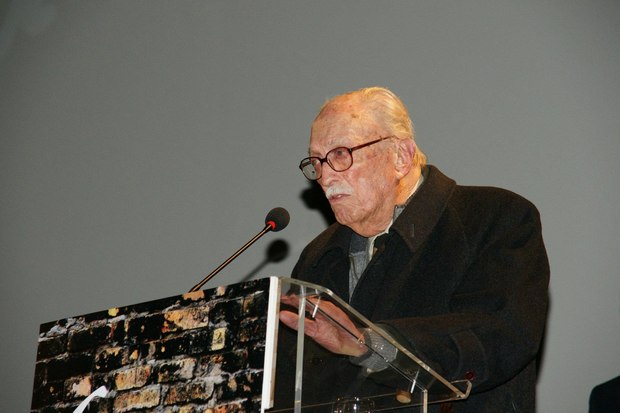 Sad news today for fans of European animation -- António Gaio, founder of Portugal’s Cooperativa Nascente, and director of the Cinanima International Animated Film Festival of Espinho for over 35 years, passed away Wednesday night. He was 90.

Although Gaio’s primary occupation was as a banker, the spirit of and love for culture emerged in him quite early and he was engaged in a wide range of cultural activities, including sports, journalism and cinema. He served as director of the Sporting Clube de Espinho and the Associação Académica de Espinho for 28 years, and, in 1945, he founded the gymnastic section of Académica de Espinho. Gaio also held editorial and management positions in local newspapers such as Defesa de Espinho and Maré Viva, which he founded.

Following the turbulent decades of Portugal’s fascist dictatorship under the rule of António de Oliveira Salazar and the country’s eventual return to democracy in 1975, Gaio took over the Cinanima Festival in 1980, working tirelessly to make it an internationally recognized event. As director of the Festival, Gaio was instrumental in bringing the country to international cultural prominence following its return to democracy; among many other important initiatives, he twice integrated the juries of the Instituto do Cinema, Audiovisual e Multimédia (now ICA).

In 1997, Gaio received the Cultural Merit Commendation, awarded by the President of the Republic of Portugal. In 2000, he published a pioneering book, “History of Portuguese Animation,” and in 2012 he was honored at the Centro Multimeios of Espinho. Since then, its movie theater has been named after him: “Sala António Gaio.”