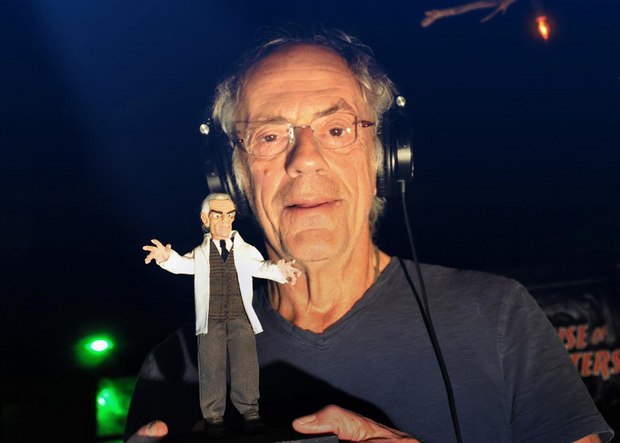 Los Angeles, CA -- Best known as Doc Brown from the Back to the Future series and his award-winning role as Reverend Jim Ignatowski on Taxi, Christopher Lloyd has signed on to lend his voice talents to the upcoming stop-motion animated web series, House of Monsters. Lloyd voices the character Dr. Gaulstone, the patriarch of a dysfunctional monster family which includes werewolves, mummies, zombies, and vampires.

Best described as Nightmare Before Christmas meets Looney Tunes, House of Monsters follows these creatures and their friends through adventures in an ominous castle and its neighboring village. The series is currently in post-production and will be premiere on Vimeo On Demand July 28th, 2015.

House of Monsters is created and directed by Dawn Brown. The series is a joint production between Brown’s company, The Monster Shop, and Mansart Studios, owned by Warren Manser. Brown and Manser are industry vets who have lent their artistic talents to Hollywood blockbusters like Alice in Wonderland, Pirates of the Caribbean, The Hunger Games, and the upcoming Batman v. Superman: Dawn of Justice. Count Christoph runs into trouble in the premiere episode, 'Fun in the Sun.'