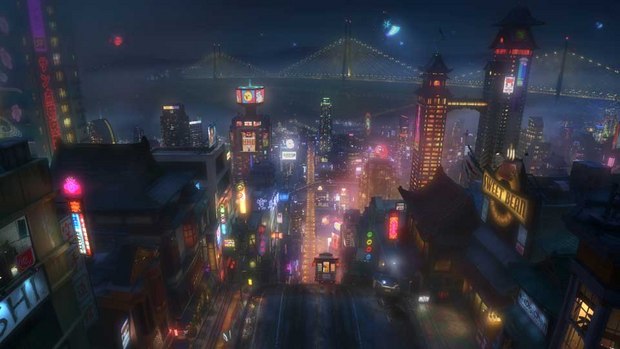 Chris Williams has joined Walt Disney Animation Studios’ Big Hero 6 as director, according to a report by The Hollywood Reporter, alongside director Don Hall (Winnie the Pooh).

Williams co-directed and co-wrote the screenplay for Disney Animation’s 2008 release Bolt, for which he received an Oscar nomination for best animated feature. His writing credits include Mulan, The Emperor’s New Groove, and Brother Bear for Disney. He also voiced the character Oaken in Disney's current hit, Frozen.

Roy Conli has also boarded the project as producer. Conli previously produced the studio’s Tangled, which was released in 2010 and made $588.8 worldwide, and 2002’s Treasure Planet.

Hall previewed Big Hero 6, which is scheduled for release on Nov. 7, 2014, last summer at Disney's D23 Expo. At that time, Kristina Reed was set to produce.

The stereoscopic 3D CG feature is inspired by the Marvel comic of the same name (and marks the first project of its kind since Disney acquired Marvel). The action comedy adventure follows robotics prodigy Hiro Hamada, who must save the city of San Francisco from a criminal plot with the help of a robot, Baymax; and Gogo, Honey Lemon, sushi chef Wasabi and fanboy Fred.