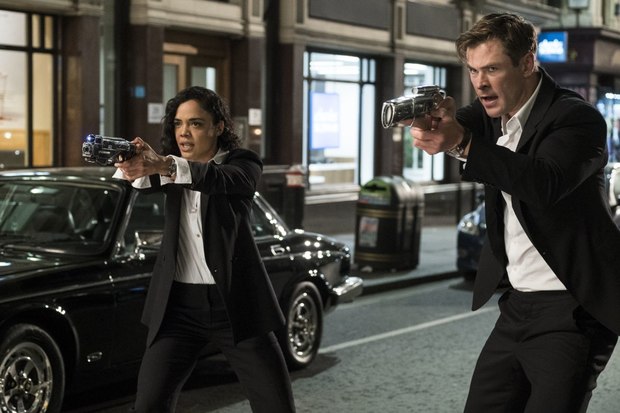 Capturing some of their Thor: Ragnarok chemistry, Chris Hemsworth and Tessa Thompson fight side by side once again in the new trailer for Sony’s Men in Black: International, set for release next June 14. Thompson, as Agent M, smartly dons the black suit as she joins Hemsworth’s Agent H as they chase after a potential “problem” in London.

The film's synopsis reads: The Men in Black have always protected the Earth from the scum of the universe.  In this new adventure, they tackle their biggest, most global threat to date: a mole in the Men in Black organization.

The film is s directed by F. Gary Gray from a script written by Art Marcum and Matt Holloway, based on Lowell Cunningham’s Malibu Comic. Walter F. Parkes and Laurie MacDonald are the film’s producers. Steven Spielberg, E. Bennett Walsh and Barry Sonnenfeld are serving as executive producers.