Marking World Mental Health Day, the Canadian filmmaker’s short uses ‘icemation’ combined with stop-motion and puppeteering to explore the life and death of his friend, artist Shannon Jamieson, by capturing her struggles, guilt and anxiety in reconciling her faith with her sexual identity. 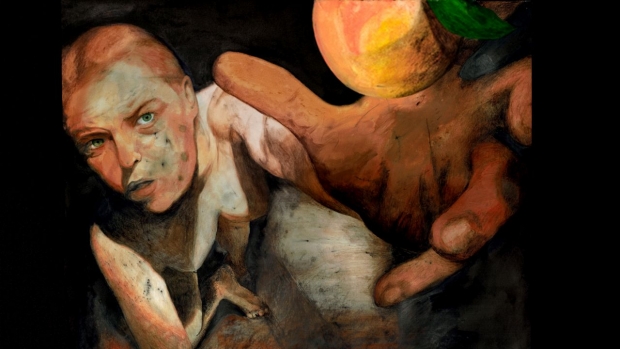 Based on the words, music, and art of Shannon Jamieson, a multimedia artist from Hawkesbury, Ontario, Shannon Amen unearths the frantic, passionate, and pained expressions of a young woman overwhelmed by guilt and anxiety as she struggles to reconcile her sexual identity with her religious faith.

Born in 1982, Jamieson was a graduate of Concordia University’s faculty of fine arts. During her final year of study, she participated in an international exchange in Lyon, France, where she created art in Église du Bon-Pasteur, an abandoned 19th-century church. Her art has been shown in various solo and group shows in Montreal, as well as in Vankleek Hill and San Francisco. Jamieson died tragically at age 23 on June 12, 2006.

Shannon Amen was written and directed by Jamieson’s friend, Chris Dainty; the film is a multi-layered memoir that fuses archival footage and an array of animation techniques (including icemation) to reconstruct the complexity, instability, and sorrow that Shannon struggled with, issues that torment other LGBTQIA+ youth like her who face discrimination.

Inspired by true events, Shannon Amen is both elegy and therapy, as Dainty, like Jamieson, uses his art to come to terms with his own grief and confusion over the suicide of his friend. What emerges is not a tale of sorrow or a critique of a rigid faith, but an empowering story of great love, compassion, friendship, and the importance of unharnessed self-expression.

Produced by the National Film Board of Canada and made with the collaboration of Shannon’s friends and family, Shannon Amen is a potent social commentary that seeks to break through social stigmas by sparking discussion on the intersection of homosexuality and religion.

This is the first film to use icemation, a term coined by Dainty to describe an animation technique using full-scale ice sculptures. It combines stop-motion animation and puppeteering. It takes three days to create crystal-clear ice using a special ice-making machine. Once harvested, the 300-lb block of ice is transported to a massive freezer to be carved. In the freezer, Dainty and his team of carvers use chainsaws to sculpt the main form of the body. A hand chisel is then used to help define finer details, like the face and hands. Each sculpture can take up to six hours to create.

Watch the Shannon Amen Making Of:

“For me, the ice was something beautiful, like Shannon,” shared Dainty. “She was a strong individual, yet she had a fragile side. Ice has a lot of different reflections depending on how you look at it, and I found there were many sides to Shannon. She hid her fragile side, but it was at her core. I also loved the fact that we were animating with an element of nature; I felt like it was something so raw to work with.”

The rest of the animation in the film is a mixture of traditional animation on paper and traditional digital 2D animation, with the design style taken from Shannon’s photos and artworks. Inspired by Shannon’s painting style, the crows in the film were hand-painted using thick black paint. More than 100 pieces of Shannon’s art were incorporated into this 15-minute film.

Shannon Amen is now available to screen for free on NFB.ca. Source: National Board of Canada