Directed by ‘Shrek the Third’ co-director Raman Hui, live-action/CG-animated hybrid feature will open in 3D on January 22 in all major North American markets. 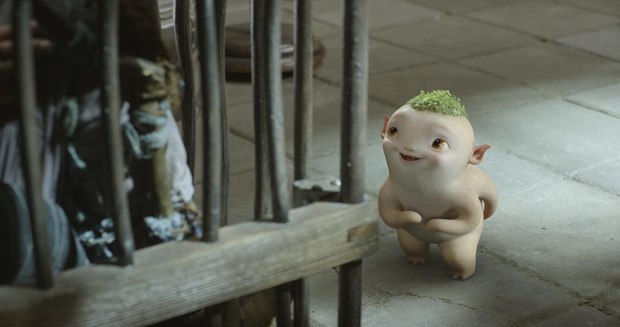 Chinese box-office juggernaut Monster Hunt, which became the country’s highest-grossing movie of all time last summer, is opening in North America later this month thanks to FilmRise and Asia Releasing.

Monster Hunt will open in 3D on January 22 in all major North American markets, according to a report by Variety. The film will be available in both the original Chinese version (with English subtitles) and a new English dubbed version.

Directed by Shrek the Third co-director Raman Hui, the live-action/CG-animated hybrid feature centers on a war between monsters and humans. At the center of the story is Wuba, a baby monster born to a human man. Produced for $50 million, Monster Hunt has grossed over $390 million to set China’s all-time box office record. It beat out several foreign titles on the way, including Furious 7, Transformers: Age of Extinction, and Avatar.

In a mythical ancient world, monsters rule the land while humans keep to their own kingdom. But when adorable baby monster Wuba is born to a human father and monster queen, mortals and creatures alike set out to capture the newborn, and Wuba’s epic adventure begins.

“Chinese audiences in North America will for the first time be able to see this film on the big screen in 3D in its original language,” Asia Releasing founder and CEO Milt Barlow reportedly said in a statement.

“We have carefully edited the English language version to be the equivalent of a PG rating, and we believe North American kids and their parents will embrace the film in the same way as Chinese audiences have,” added FilmRise CEO Danny Fisher.

See the trailer and poster art below, and watch out for Monster Hunt when it arrives in U.S. theaters on January 22.