Former head of development at DreamWorks Animation helped develop and produce ‘How To Train Your Dragon,’ ‘Shrek 4,’ ‘Puss in Boots,’ ‘The Croods’ and ‘Home,’ and served as producer on ‘Mr. Peabody & Sherman’ alongside director Rob Minkoff. 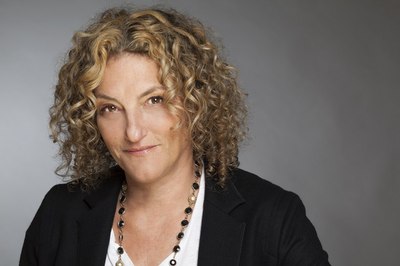 LOS ANGELES -- Alex Schwartz has joined Alpha Animation as Head of Production. In her new role, Schwartz will oversee creative development through production on Alpha’s animated feature slate. The division will produce animated features for worldwide distribution and will look to develop original material as well as leverage existing IP.

“Alex will be key to helping Alpha Animation achieve its goal of becoming a destination for filmmakers and artists looking to produce globally-appealing feature animation in a supportive and creatively-driven environment,” added Alpha Interactive Entertainment division CEO Chen De Rong.

“I’m excited to have the opportunity to work with Bob as we build this division from the ground up,” Schwartz commented. “We are extremely fortunate to have such tremendous support from a parent company like Alpha Group.”

Alpha Animation is a division of China-based Alpha Group Co. Ltd., which was originally founded in 1993. Alpha Group is now the largest animation group and a leading pan-entertainment platform in China after it transformed itself from a toy-oriented company. Besides the recent formation of Alpha Animation, Alpha Group also recently established an L.A.-based live-action feature film development company called Alpha Pictures to focus on developing U.S.-China co-productions based on properties from U17.com, the largest online comic book platform in China.

Prior to joining Alpha Animation, Schwartz was head of development at DreamWorks Animation, involved in the development and production of films including How To Train Your Dragon, Shrek 4, Puss in Boots, The Croods and Home. She also produced the animated feature film Mr. Peabody & Sherman with director Rob Minkoff. She will serve as executive producer on Storyscape Entertainment’s live-action remake of The Toxic Avenger, which will be helmed by Conrad Vernon. Before joining DreamWorks, Schwartz was Head of Production at Walden Media, overseeing a slate that included Holes, The Lion, The Witch and the Wardrobe, Bridge to Terabithia, Charlotte’s Web and Journey to the Center of the Earth. She began her film career at Walt Disney Studio’s Touchstone Pictures working on many successful comedies including Sister Act, Romy & Michelle’s High School Reunion and Rushmore.

Alpha Animation’s lineup of star properties includes Super Wings, targeting preschool children. On the feature film side, Alpha Pictures was a co-producer on the all-time highest box-office earner in China, The Mermaid, and also recently launched a partnership with New Regency Productions, including a successful investment in the film The Revenant, as well as upcoming releases Assassins Creed and Splinter Cell.