While no specific reason for the official policy change was revealed, China’s ban is over, for the time being, allowing both ‘Black Panther: Wakanda Forever’ and ‘Ant-Man and The Wasp: Quantumania’ to premiere in February now they’ve been approved by the China Film Administration. 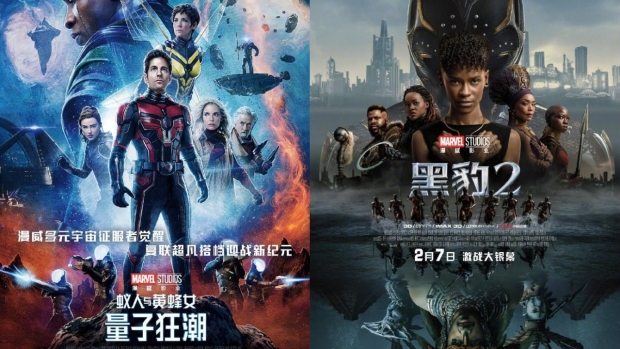 Talk about a big cinematic win! Chinese audiences will soon be able to experience MCU’s Phase 5 on the big screen, as the country-wide ban has been lifted on all upcoming Marvel Studios films. Although the reasoning for the 2019 ban is unclear, speculation points to the studio’s strong storylines supporting U.S. patriotism as well as inclusion of LGBTQ+ characters.

Both Black Panther: Wakanda Forever and Ant-Man and The Wasp: Quantumania will premiere in China this February, after being approved by the China Film Administration. Both films are sure to drum up some impressive additional revenue for the studio, as Ant-Man and The Wasp grossed over $121M in China, while Black Panther made $105 million, according to Deadline.

Avatar: The Way of Water was also granted entry to Chinese theaters last month and has already earned over $220 million in the Middle Kingdom. The new policy inviting some foreign films could be due to lessened “fear within the government agencies,” Deadline previously reported, “now that the 20th National Congress of the Chinese Communist Party, as well as 2021’s 100th anniversary of the Party, are out of the way.”

Director Peyton Reed returns to helm Ant-Man and The Wasp: Quantumania, which was penned by Jack Kirby and Jeff Loveness. Kevin Feige and Stephen Broussard produce.

Black Panther 2, which originally released in November 2022, will now debut in Chinese movie theaters on February 7, while Ant-Man 3 will drop on February 17, day-and-date with North America.