The preschool comedy follows baby girl Bebop as she unintentionally causes mischief, and her water buffalo caregiver who tries to keep her out of trouble. 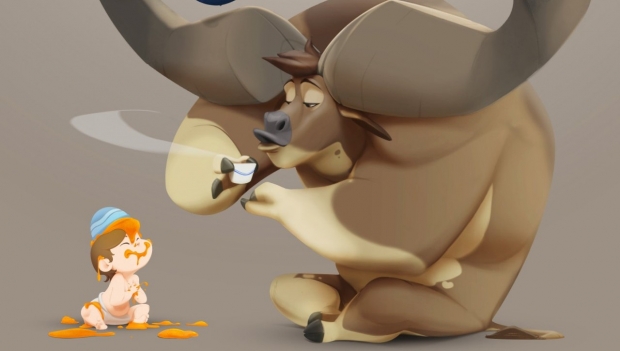 China Bridge Content, a New York-based content and consulting firm founded by 12-time Emmy Award-winning creator Josh Selig, has announced its latest project-- the animated children’s comedy Buffalo Nanny.  Currently in development, the series features the joy, chaos, and comedy of taking care of a fearless, agile, and rambunctious baby girl. Selig and his wife Chen Chen’s experience raising their own daughter inspired the show. Aimed at children from preschool to age 7, Buffalo Nanny features an educational curriculum with a focus on first times and community.

In the series, Bebop is a mischievous – and very fast – baby who loves to explore and get involved in anything and everything. Her devoted caregiver, a gentle water buffalo named Otis, has his hooves full trying to keep her safe and out of trouble! Each day, Otis picks up Bebop from her family's home and they head off to the beach, a museum, or a playdate... where things soon spin out of control due to Bebop’s free-spirited nature. For example, when Otis takes Bebop to a local farm she climbs onto the back of an ostrich and leads a stampede of sheep, goats and chickens through the middle of town! Another time, Otis takes Bebop to watch a space launch and Bebop manages to crawl into the rocket and blast off to Saturn! Whatever happens, Otis always manages to corral Bebop and bring her safely back home.

“In creating this new comedy, Chen and I drew from our own personal experiences raising our baby daughter,” said Selig. “We have included non-stop physical comedy in each and every scene which we believe is the absolute key to making a preschool comedy that can succeed in Asia, Europe, Africa and the Americas.”

China Bridge is currently seeking co-producers, distributors and broadcasters to work with on the series.