Chimney Poland Unveils ‘With Flamingo to the Sky’ Short

CG-animated short film for the Gajusz Foundation is created by Karol Belina Brzozowski and directed by Marcin Drabinski with a cast of animals and other creatures by character designer Krzysztof ‘Green Pea’ Grochowina. 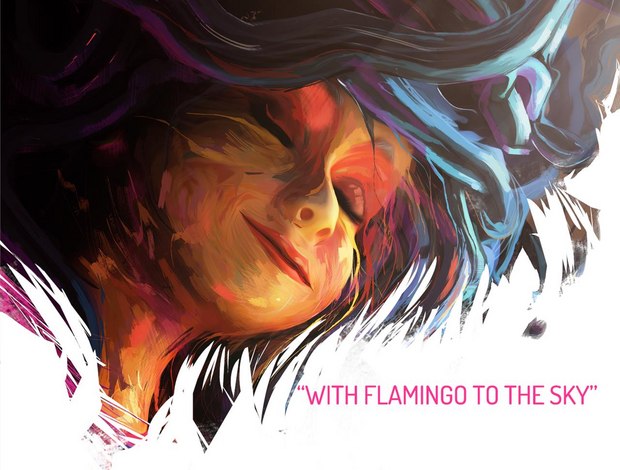 Chimney Poland has created a stunning new CG-animated short film for the Gajusz Foundation to help shine a light on the special challenges faced by children in the region because of famine.

Created by Karol Belina Brzozowski and directed by Marcin Drabinski, With Flamingo to the Sky is a story about a child's death, told with love, warmth, courage and dignity. The short film features wild dogs, hungry birds, mysterious dark creatures, a flamingo, and the little girl herself hidden in a golden egg, a mesmerizing tale full of allegories and symbols brought to life by the team at Chimney Poland.

Featuring “Famine,” one of the four Horsemen of the Apocalypse, alongside of a cast of animals and other creatures created by character designer Krzysztof “Green Pea” Grochowina, the short film is filled with color and painterly textures.

The initial montage for the film was created using storyboards, which were then replaced one by one with 3D visualization -- props, cameras, simple characters were combined in proper scale in 3D -- and rendered out as a low-quality animatic. Then backgrounds and environments were following extensive testing and simulations, including for air, smoke and other atmospherics and crowd simulations.

Rigging was completed in three passes, the previs mesh, the base mesh and the complex, final mesh, which was output as the final render. Compositing and grading were completed using a Baselight system, and sound and music was provided by Chimney Denmark and Dreamsound.

Check out more images and concept art from the project below, and learn more on the Chimney Poland Behance page.