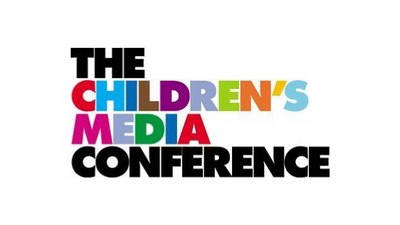 The U.K.’s Children’s Media Conference (CMC) has announced an eclectic, high-profile line up of speakers, highlighting the wide range of expertise, opinion and experience which will feature at this year’s event, running from July 1-3 in Sheffield.

In the opening session of the conference (Thursday, July 1 at 09.30), veteran broadcaster and journalist Steve Hewlett will host a Question Time with major figures from the children's media world, along with Ed Vaizey, Minister for Culture and the Digital Economy, to tackle audience questions about the future of the BBC and public service broadcasting, the need for more or less regulation, the crisis in commissioning funding and many other topics which impact on the kids’ audience and creative activity. This session also features Director of BBC Children's, Alice Webb (in her first major public appearance) and Anna Home, Chair of the Children’s Media.

Alice Webb will give further insights in Changing Channels, Commissioner Conversation with the BBC, (Friday, July 2 at 11.00 – 12.30), in her first public presentation since taking on the role four months ago. She will talk about her vision for the future of children's content at the BBC and new ways of building audience relationships, given the massive changes facing the industry and with Charter Review on the horizon.

Richard McCourt and Dominic Wood -- long-time cornerstones of the CBBC factual entertainment output as Dick and Dom -- will join writers, producers and a child psychologist to discuss how double acts work. The It Takes Two session will focus on both live action shows and animation looking at the imminent arrival of the rejuvenated Danger Mouse and Penfold, among others.

As UK Managing Director of Maker Studios, Dan’l Hewitt is at the cutting edge of new content that attracts kids and young adults in huge numbers. With over 650 million subscribers and billions of monthly views of the 55,000 Makers whom the studios describe as “…the stars and entertainers of this generation and the most original, connected, and diverse in history…” Dan’l is uniquely placed to explain the appeal and effectiveness of working in this new environment and how Maker develops and nurtures talent -- bringing advice direct from the creators themselves to back him up.

Complementing this session, workshop Make It With YouTube, will focus on how producers can get the best from their own branded YouTube channels.

Irish children’s laureate Niamh Sharkey, creator of Henry Hugglemonster, will be attending CMC for the first time to share her thoughts on What Little Girls Are Made Of, a session which will ask if preschool programming changes the way gender is viewed in society.

Pat Younge visits CMC for the first time in his new role as MD of Sugar Films. Formerly Chief Creative Officer of BBC Vision, Pat Younge will participate in the panel From Tokenism to Truthful in which all aspects of diversity and inclusion will be up for discussion. Pat has been quoted as saying Sugar Films will “redefine the notion of diversity in our industry as being modern, mainstream and value creating…”, a subject which will lead to lively discussion at CMC.

Other major names speaking at this year’s CMC will be:

Greg Childs, Editorial Director of Children’s Media Conference said: “CMC is a must-attend event for anyone and everyone in children’s media. This year’s line-up of speakers tops a packed few days of sessions, insight panels, workshops and the CMC International Exchange, highlighting that CMC is more comprehensive than ever at tackling all the big issues at the heart of the UK and global kids’ content businesses.”

Currently in its 12th year, the CMC is the premier event in the UK for supporting children’s media and hosts a global delegation of creatives, producers and distributors of kids’ content across all media. This year’s CMC has the theme of “All Change?”

Now in its 12th year, The Children’s Media Conference is the premier conference in the UK dedicated to supporting children’s media. This annual get-together is the most important event of its kind in the UK; it’s the only time when independent producers, broadcasters, film makers, commissioners, licensing executives, distributors, publishers, interactive media producers, writers and academics can get together for discussions, workshops and intensive sessions which focus on all the new and future developments in children’s media and entertainment.

The Children's Media Conference is a "UKTI Trade Challenge Partner" one of trade organisations across the UK, partnering with UK Trade and Investment to deliver its SME export stimulus programme.