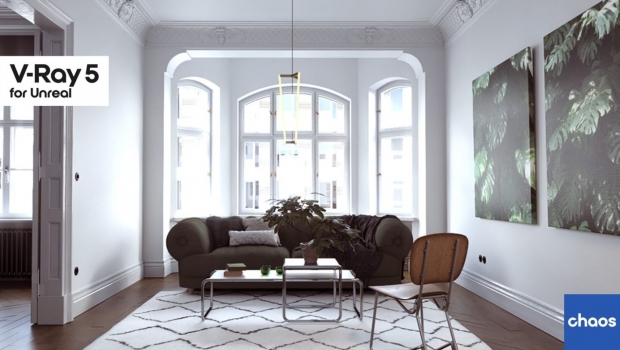 “V-Ray for Unreal has become really popular with artists who need the highest quality light baking for their real-time virtual production and advanced visualization projects,” commented Chaos vice president of product management Phillip Miller. “V-Ray 5 for Unreal makes that process even easier, opening up custom control over those bakes, while simultaneously cutting render times whenever they leverage network rendering or Chaos Cloud.”

Unreal artists can also render lightmaps faster by distributing their rendering across multiple machines and/or utilizing all available CPUs and NVIDIA GPU hardware. A direct link to Chaos Cloud has been established for easy on-demand rendering and the creation of up to 100 lightmaps at once. With the redesigned of Frame Buffer with post-processing controls built-in, designers can make color corrections, combine render elements, and add finishing touches without the use of a third-party image editing application.

Other New Features Include: