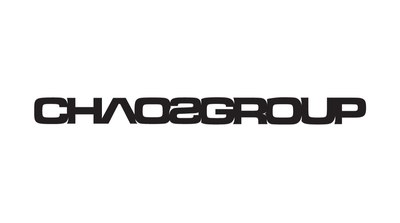 Now in development, a new version of Chaos Group’s V-Ray rendering engine is being custom built to take full advantage of the dedicated ray tracing cores available in NVIDIA RTX GPUs. Working in collaboration with NVIDIA engineers, the Chaos development team has achieved their fastest GPU rendering speeds to date. On average, when compared to the current CUDA version, benchmarks of the new RTX-powered V-Ray GPU are over twice as fast and up to four times faster for select scenes.

“We’re always looking to take advantage of the latest hardware capabilities in our solutions, and the RTX cards are an exciting new development for ray tracing,” said Vlado Koylazov, Chaos Group co-founder and CTO. “And this is just the beginning. We’re excited to see how these faster rendering speeds will benefit artists and designers.”

The new RTX-enabled version of V-Ray GPU shown at GTC already includes what is needed to render most production scenes, such as motion blur, hair, particles and subsurface scattering. For release, Chaos Group plans to support all V-Ray GPU features, including volume rendering, and whenever an NVIDIA RTX card is detected, the speed increase will be automatic.

For example, to start a real-time experience with Project Lavina, a user can simply drag and drop a V-Ray Scene into the Lavina viewer. This lets any artist or designer immediately explore photorealistic scenes in real-time, without having to learn how to use a game engine. Because of the inherent advantages of ray tracing, there is no time-consuming setup of UV maps or baking lights. There is also no need to reduce geometry or limit triangles, as Lavina can easily ray trace billions of polygons at real-time speeds.

As part of GTC 2019, Chaos Group developers will be participating in a series of talks to discuss the Future of GPU Ray Tracing, as well as Production to Real-Time Ray Tracing with V-Ray GPU and Project Lavina. Both talks will be held on March 19, in room 230B of the San Jose Convention Center, with the former beginning at 9:00 a.m. and the latter starting at 11:00 a.m.