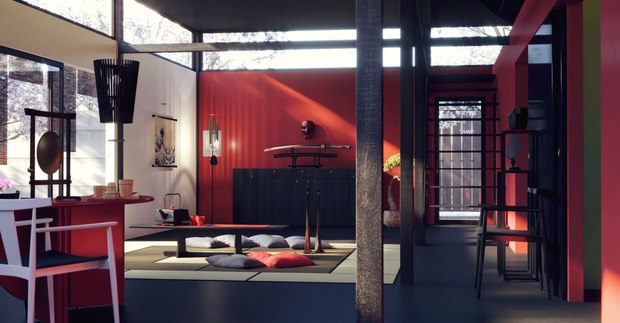 LOS ANGELES -- Chaos Group today has released V-Ray for Unreal, the fastest way for architecture, automotive and visual effects users to create immersive experiences from their V-Ray content. With V-Ray for Unreal, artists and designers can easily bring V-Ray scenes from 3ds Max, Maya, Rhino and SketchUp directly into the Unreal Editor, without needing to learn a new workflow. Once there, users will have access to the full power of V-Ray Next technology, making the process of creating accurate ray-traced visuals possible directly from Unreal Engine.

V-Ray for Unreal consolidates two separate workflows, making it easier to tap into the power of a game engine through a creative process users already know and trust. After designing a scene in V-Ray, V-Ray for Unreal imports every part of the scene file into the Unreal Editor. V-Ray lights and materials are automatically converted into their real-time equivalents and maintain a smart connection to the originals, ensuring high-fidelity stills and animations at render time.

V-Ray for Unreal also introduces a new pipeline for CAD designers, who want to utilize the power of V-Ray rendering in their designs.

According to Ken Pimentel, senior product manager at Epic Games, “By combining Datasmith and V-Ray for Unreal, industrial designers can easily add the accuracy of photorealistic ray tracing to their interactive designs without requiring V-Ray in their CAD tool. V-Ray for Unreal Engine unlocks new workflows that will fundamentally change how people visualize and experience their designs. Now, all designers can benefit from both real-time interactivity and production-proven ray tracing within the Unreal Editor."