Fast adaptive lights and major GPU rendering improvements now available in latest update of Academy Award-winning renderer recently used on ‘The Fate of the Furious,’ ‘Beauty and the Beast,’ and ‘Stranger Things.’ 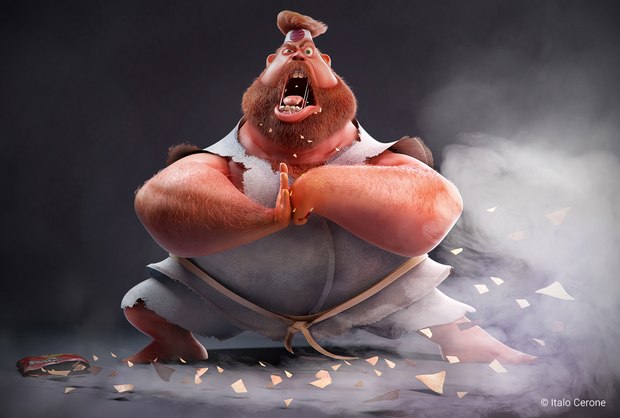 LOS ANGELES -- Chaos Group has released V-Ray 3.5 for Maya, a major update to its Academy Award-winning CPU and GPU production renderer. Used on recent television and film projects including The Fate of the Furious, Beauty and the Beast, and Stranger Things, this update brings faster rendering, more responsive look development and added realism to high-end VFX and animation projects.

“We are constantly working with studios to address their daily production challenges, as well as researching and developing new ideas,” said Vlado Koylazov, Co-founder and CTO at Chaos Group. “V-Ray 3.5 is the result of our continued efforts to help artists and to advance rendering technology at the same time.”

V-Ray 3.5 introduces Adaptive Lights, a fast new lighting algorithm that speeds up rendering in scenes with many lights. With Adaptive Lights, V-Ray determines which light sources are most important, so ray tracing calculations are focused and more precise. When tested on multiple CPU and GPU scenes, render times were typically two to seven times faster.

“At Digital Domain, we used Adaptive Lights extensively on The Fate of the Furious. It allowed us to render highly complex environments with thousands of lights in a fraction of the time compared to what other renderers could offer. We saw 4X speedups per frame, which significantly helped our render throughput on the show,” said Carlos Cidrais, Lighting Lead at Digital Domain. “Chaos Group was extremely supportive, responding to our requests and fixing bugs in just a few days. V-Ray 3.5 for Maya has broadened the horizons of what we can deliver to our clients.” “Our specialty is our ability to bring creatures to life. With V-Ray’s help, we’ve been able to design and render creatures like the Demogorgon for the Netflix series, Stranger Things,” said Aaron Sims, owner of Aaron Sims Creative. “The new alSurface shader and interactive look development tools are a perfect fit for creature work. We’re looking forward to using them on our next production.”

Additional features and improvements include Maya 2017 support, resumable rendering, and a host of GPU rendering improvements.

V-Ray 3.5 for Maya is a free update for all V-Ray 3.x customers. Login at chaosgroup.com to download. This version also marks the debut of online licensing for V-Ray for Maya users, who can now choose this option instead of the traditional dongle. A full-featured 30-day trial is also available.