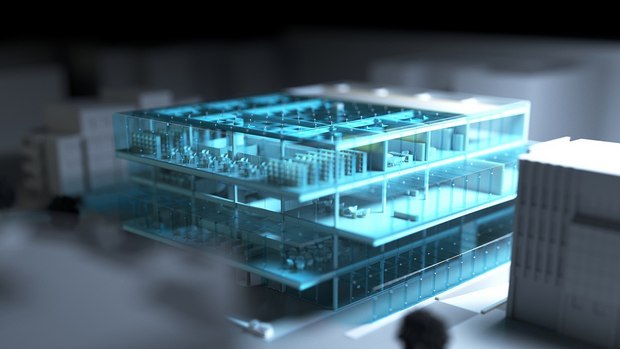 LOS ANGELES -- Chaos Group has released V-Ray 3 for SketchUp, a photorealistic rendering plugin that is fast and easy to use. Built for architects and designers, the intuitive new interface lets users create great-looking renders quickly, with no training required. V-Ray 3 for SketchUp is interactive and significantly faster, taking full advantage of CPU or GPU acceleration. From quick design models to fully detailed and photorealistic scenes, V-Ray 3 is designed to be SketchUp’s most powerful rendering solution.

“Our users want as much rendering power as they can get, but in the most streamlined form possible,” said Corey Rubadue, VP of AEC and Design at Chaos Group. “V-Ray 3 for SketchUp has been rebuilt from the ground up to make the entire user experience simpler, so anyone can create professional-level renders on day one.” V-Ray 3 for SketchUp includes a full suite of tools for lighting, materials and rendering. Now, any natural or artificial lighting scenario can be created with built-in light types, a physical sun and sky system, and HDR environments. For realistic interior scenes, these tools can be paired with V-Ray’s unique global illumination methods, resulting in the most accurate representation of light possible.

This new version also includes a drag-and-drop library of over 200 physically accurate materials, perfect for adding realism to any project. Real-world camera controls let designers work like a photographer, with settings for exposure, perspective correction and depth of field. V-Ray 3 for SketchUp includes everything users need to render anything they want.

“SketchUp users tend to have an eye for detail. They know their models in and out, and exactly what they want to convey in an illustration. So it’s no surprise to us that so many of them choose V-Ray to bring their projects to life,” said Chris Keating, General Manager of Architecture and Design at Trimble. “Now, with V-Ray 3, these designers can pair SketchUp 2017’s vastly improved graphics pipeline with the high-touch visualization tools they need to compose jaw-dropping illustrations faster than ever.”

“Gensler has used V-Ray for years, not only for its quality and speed, but for the way it works with all our design applications,” said Scott DeWoody, Firmwide Creative Media Manager at Gensler. “With all the new features, including VR Rendering, this new version of V-Ray for SketchUp is a substantial addition to our design toolset.”

New tools and feature highlights include: