LOS ANGELES – The fifth season of Teen Wolfe is finishing up Post Production at Chainsaw, a SIM Group company. The MTV series about an awkward high school student who is secretly a werewolf, is among cable’s most popular scripted series among young adults and was recently renewed for a sixth season.

Chainsaw has been part of Teen Wolf since its 2011 debut and has developed a unique workflow for managing final post processing. Where most television series are fully conformed in an edit bay before final color grading, Chainsaw colorist Kris Santa Cruz colors the show on a scene by scene basis and then passes it along to finishing editor Mark Needham for the final conform, titling and effects.

“It’s the reverse of what’s normally done,” explains Needham. “The show’s producers spend less time in color and more time in editorial, but it provides them with much greater flexibility. Because I’m dealing with files of individual shots, rather than a render of the full episode, it’s easier to make those last minute changes, something we often do with Teen Wolf.”

This workflow also leads to faster finishing. While Santa Cruz is busy coloring scenes, Needham is preparing titles, editorial visual effects and other elements that will be added when the show is conformed. The overlap allows the team to complete episodes in just four days, including the production of marketing and bonus media and other deliverables. An extra level of trust of trust is also required for this workflow. The production team needs to have confidence that the finished product will meet its expectations as they won’t see a conformed episode until the process is complete. Having finished 70 episodes Santa Cruz and Needham have earned that trust.

“They are a phenomenal duo,” says Teen Wolf producer Blaine Williams of Santa Cruz and Needham. “They have a developed shorthand that simply works.  They know what our show should look like and understand our aesthetic, which makes me extremely comfortable in the finishing process.”

One benefit of working more efficiently is that it leaves more time for creative finessing. That pays off especially during the grading sessions, where Santa Cruz enjoys the luxury of time to set detailed, nuanced looks that enhance the show’s moody suspense.

“The show is extremely cinematic,” Williams notes. “The EPs of the show are film fanatics who bring a feature look to television.”

Santa Cruz’s coloring includes a number of feature-like effects. He takes a painterly approach in making the eyes of lead character Scott McCall (Tyler Posey) glow bright red when he is in his werewolf phase. Similarly, creepy “Dread Doctors” are given a subtle yellow-green hue. Additionally, Santa Cruz uses Power Windows to highlight or suppress background details in keeping with the tone of the particular scene. He points to a sequence involving Gabriel Valack, a character locked away in the supernatural ward of a hospital.

“He’s trapped behind a Plexiglas wall at the end of a long hallway and it’s very dark,” Santa Cruz recalls. “High on the wall are cyan lights that create a yellow spill effect, and there are emergency lights that flare up. We let those elements fall in place while keeping the overall scene dark and moody. There’s a lot going on.”

With MTV renewing the show for a sixth season, there will be plenty more such chilling moments to come. Needham, Santa Cruz and the rest of the team at Chainsaw look forward to continuing the exhilarating ride.

“Chainsaw is a multi-talented organization that brings resilience from their work in live television to scripted shows,” says Williams. “That’s just what our show requires: a no-holds barred approach from an energetic group of editors with eyes for both detail and aesthetics.” 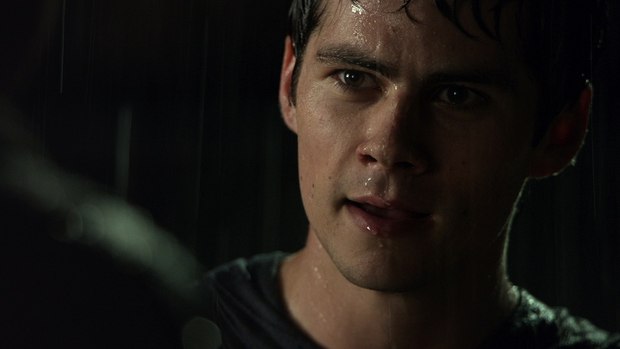