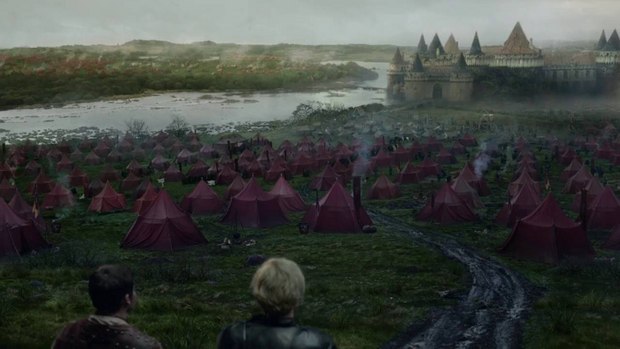 “This has been a great opportunity for Chainsaw to build a team around this amazingly successful show and to demonstrate our ability to grow and adapt with new technology and crucially time-sensitive workflows,” commented SIM Group President of Post Production and Chainsaw Founder Bill DeRonde. “It is a great privilege to have this exceptional series that continues to win awards season after season.”

Post-production for Game of Thrones is challenged by a demanding schedule, a complex workflow and the series’ unparalleled standards for quality. Chainsaw’s team manages the arrival of media from sources located around the world.

“We interact 24/7 with the production and editorial teams and multiple visual effects vendors,” noted Chainsaw Vice President of Business Development Michael Levy. “We worked on multiple episodes simultaneously and supported the production as they continued to refine the show right up to the point of delivery.”

Chainsaw masters the show to HDCAM SR 444 and from there creates multiple HD delivery files according to HBO specifications. It also creates DCP theatrical projection files for premieres and special screenings.