Chadwick Boseman’s Likeness Will Not Return in ‘Black Panther 2’

Marvel Studios EVP Victoria Alonso squashes rumors that the late actor will reprise his T’Challa role as a digital double, opening up the possibilities for a replacement. 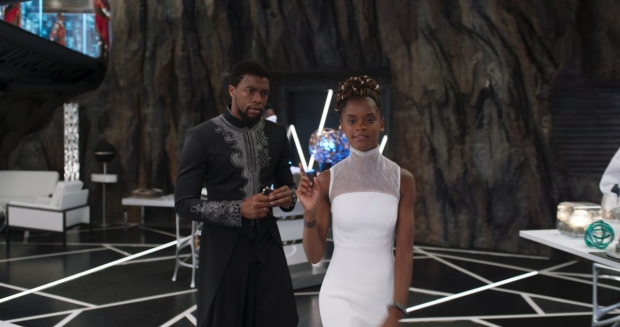 Despite Chadwick Boseman’s devastating passing this year, it seems that the Black Panther franchise still lives. Until now, neither Disney nor Marvel has commented on the future of T’Challa, but we now know he will not be returning as a digital double. Marvel Studios EVP Victoria Alonso spoke with Clarin about the possibility of Boseman returning posthumously, stating “No. There's only one Chadwick, and he's not with us. Our king, unfortunately, has died in real life, not just in fiction, and we are taking a little time to see how we return to history and what we do to honor this chapter of what has happened to us that was so unexpected, so painful, so terrible, really."

Fans are now turning their sights towards Letitia Wright's Shuri, T’Challa’s sister, as a likely replacement. Shuri appears in both Infinity War and Endgame and is the most logical choice to pick up the mantle. However, we’re more curious to see how the studio handles the transition from T’Challa to the new Black Panther; will it have happened off-screen in-between films, or will Black Panther 2 be more of a hero’s journey?

As far as the rest of the cast, it seems we will still see many familiar faces: Winston Duke (M'Baku), Lupita Nyong'o (Nakia), Danai Gurira (Okoye), Daniel Kaluuya (W'Kabi) and Angela Bassett (Ramonda) are likely to return. Martin Freeman also claims he will be returning as CIA agent Everett Ross, stating, "As far as I know, I will be in another Black Panther. That's my understanding. As to when that will happen, I don't know."

While the original May 6,2022 release date now seems unlikely, it could still hold if a replacement is chosen soon. Who do you want to see as the new Black Panther?