Canadian Eric Clément joins the Cinesite team in Montréal as CG Supervisor, bringing a wealth of experience and a strong reputation in the visual effects industry. 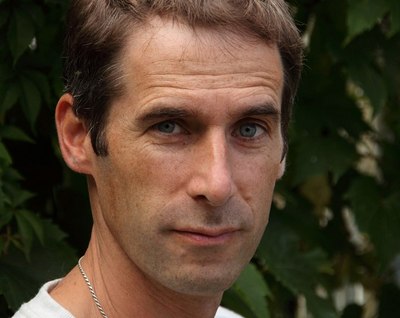 Montréal -- Cinesite has announced that Canadian Eric Clément has joined their team in Montréal as CG Supervisor. He brings with him a wealth of experience and a strong reputation in the visual effects industry.

Eric, a Canadian national, was previously at ModusFX as visual effects supervisor on This is the End, The Legend of Sarila and March of the Dinosaurs. Other earlier work includes Journey to the Center of the Earth, Slither, Final Destination 3 and Fantastic Four.

“We are very happy to have Eric join us,” says Cinesite Inc., Montréal’s General Manager Chloë Grysole. “For years now Eric has been a key player in the local industry; his strength as a manager, knowledge of CG and enthusiastic nature will make him an important addition to the team.”

Cinesite announced in January 2014 that they had opened up in Montréal, Canada, with an impressive 27,000 sq ft facility and capacity for 250 artists. Last month it was further announced that visual effects executive Chloë Grysole had taken over the helm as General Manager.

Cinesite’s Managing Director Antony Hunt says, “With the addition of Eric and Chloë, we are building a world-class team in Canada and Eric’s strengths as a team-leader will be invaluable as the company continues to expand. Our Canadian facility has moved straight into production on The Man From U.N.C.L.E. and X-Men: Days of Future Past and we’re lining up more exciting projects over the coming months.”

“Good supervision is about identifying each member of the team’s individual talents and skills and implementing them in the best way possible to get the best result for the client,” says Clément. “CG supervision is a key role and I love being surrounded by passionate and talented film-makers and visual effects artists. This is a wonderful opportunity for me to join Cinesite as they start up here in Montréal. The creative spirit of their team and the world-class projects they work on make it a sure success that I can’t wait to be part of.”

Cinesite is recruiting for the new Montréal studios at www.cinesite.com.