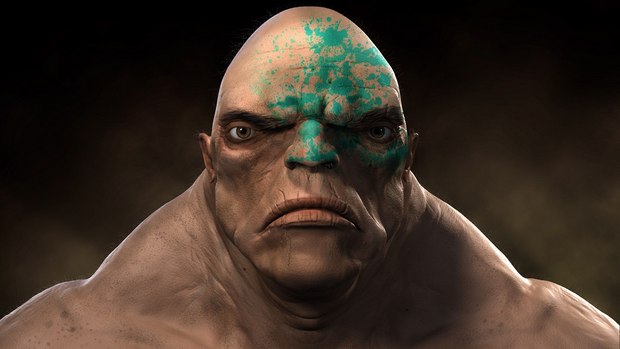 Animation, VFX & game design school CG Spectrum College has opened international applications to half a million dollars’ worth of scholarships in film and game subjects for its 2016-2017 scholarship season. Half of the places will be reserved for women and -- in Australia -- those from underrepresented populations. Applicants will choose from six accredited online diplomas across animation, concept art, visual effects, programming, 3D modeling and compositing.

CG Spectrum’s first batch of scholarship students began in 2015 and were limited to Australia, where the college is based. Close to half of the cohort have already secured industry opportunities before their January 2017 graduation dates.

“Close studio ties are what make CG Spectrum different,” said co-founder and Oscar-winning animator Nick Fredin. “Teaching online allows us to enlist instructors directly from the industry, and many of our mentors teach while still working at studios like Disney, Iloura and Bioware.”

Iloura VFX, which recently won an Emmy for its work on the Game of Thrones “Battle of the Bastards” sequence, has already started hiring CG Spectrum students. Anne Palm, Stephanie Pryor and Amanda, three advanced diploma students who were set to graduate in January, recently secured a contract at the South Melbourne studio. “CG understands the importance of a strong reel and supported me with great feedback and assets to use in mine, which I used to win a contract with Iloura,” said Amanda.

Luma Pictures, the Melbourne & Santa Monica studio behind VFX for Dr. Strange, Deadpool and The Avengers recently chose CG student Subhaan Asif as one of just two students to fly to Fiji with their team as part of a new internship program.

“The quality of teaching and teachers at CG Spectrum is second to none,” said Subhaan. “I’m not only learning the essentials of VFX but also key networking tips from my mentor. In my opinion this is the closest to giving me actual industry experience since I’m working alongside an industry vet whilst being taught the fundamentals of my trade.”

Half of the scholarships will be reserved for women. In Australia, those places will also be open to candidates from underrepresented or indigenous backgrounds. CG Spectrum is actively seeking related communities and organizations to partner with them on seeking candidates. “We don’t see this as token diversity. We want to see those places filled, and we’re willing to tweak the program to suit the needs of the communities who want to apply,” said Jeff Pepper. “Being online also means there’s a huge opportunity for rural or remote candidates who may not always have the means to move to cities.”

CG Spectrum began in Canada in 2011, and saw a 90 percent placement rate for its online visual effects courses. Graduates of their one and two year programs have already worked on Game of Thrones, Fantastic Beasts and the Assassin’s Creed series among others.

Students learn online, but have individual live feedback sessions with their mentor, who works directly within their files, enabling them to see firsthand how professionals complete tasks. “I still use the workflow techniques I learned at CG Spectrum to this day as a professional,” said Lawrence Zalasky, a Canadian alumni who worked on Batman Vs. Superman.

The first round of scholarship applications is now open, and closes on December 14. Interested applicants can register at cgspectrum.edu.au/scholarships2016. Candidates will be selected according to merit.