Release makes available classic and rare films by the ‘Father of Visual Music’ and the great-grandfather of motion graphics. 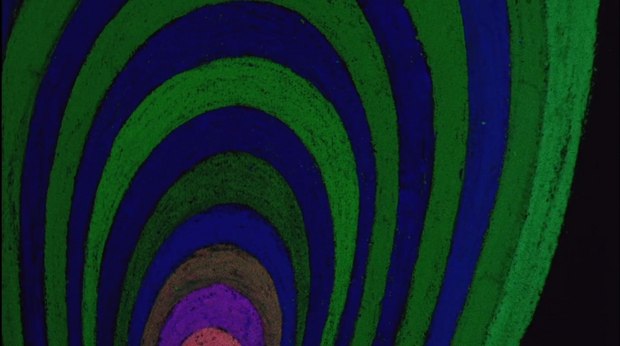 The Center for Visual Music has released Oskar Fischinger: Visual Music, a DVD compilation of the animator’s ground-breaking work.

The title features Fischinger's famous Composition in Blue, Muratti greift ein (the famous waltzing cigarette ad), Study no. 8, Study no. 5 and Study no. 2 from his groundbreaking series of abstract animation synchronized to music in the 1930s, which screened in first-run theaters worldwide.

It also includes the films Squares, An American March, Pierrette I, Coloratura, Swiss Trip (Rivers and Landscapes), newly restored animation tests from the 1920s, 30s and 40s (many never completed or released), and home movies from the 1920 and 1960s.

Some of the animation tests are Gasparcolor tests, an early European rival to Technicolor which Fischinger helped to invent. Fischinger's early studies, including Study no. 2 and 5, used new releases from Electrola Records. An end credit advertised the recording number and the record company, making these some of the very first music videos.

The DVD is region-free in NTSC and is available for private home use for $30 or for institutional use in classrooms and libraries for $200. Ordering info can be found here.

CVM is a nonprofit archive devoted to experimental animation, visual music and abstract cinema. CVM restores and promotes the films of Fischinger, along with those by Jordan Belson, Mary Ellen Bute and others.  CVM's archives include the papers and films of Fischinger, and the original research collection of animation historian Dr. William Moritz.