6 neurodiverse students completed the 3-year animation career training program that included Autodesk Maya CGI software artist certification and credits on the short film ‘The Cursed Sketchbook’ and 2021 CLU short ‘What to Do With Your Tabloid News.’ 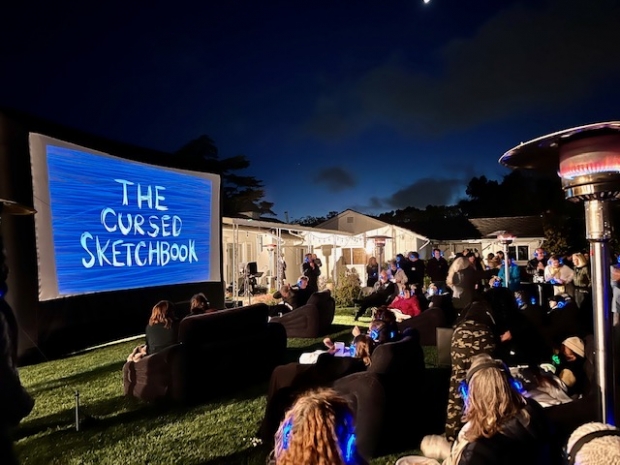 The Center for Learning Unlimited (CLU), a non-public, WASC- accredited day school in Torrance, California, has celebrated the second graduating class of its animation career training program for neurodiverse adults. Alongside the commencement, CLU announced the appointment of an entertainment industry advisory board, film festival honors, and an ambitious project slate for sister studio Brainstorm Productions, which celebrates one year in full-time operation. The Graduates and Their Accomplishments:

Each graduate matriculates with a CV boasting crew positions on the five-minute horror comedy The Cursed Sketchbook, which premiered in March 2022 at an invitation-only, big screen event in Rancho Palos Verdes. Graduates also have credits on the 2021 CLU short film What To Do With Your Tabloid News, a video that employs origami, stop-motion animation, and CGI to educate and entertain. News - an official selection of the Easterseals Disability Film Challenge (in association with the Bentonville Film Festival) – won Best SUPER Short Film at the 2021 LOGIHQ International HAPPINESS Film Fest and was a finalist in the 2021 Los Angeles Animation Film Festival (LAAF).

“CLU and Brainstorm Productions are comprised of the most devoted, original, imaginative, and inventive artists in show business!” said advisory committee member and animation professional Walter Santucci. “I am proud to have served as consultant on The Cursed Sketchbook. The crew did a magnificent job!”

Brainstorm Productions’ mission is to bridge school enrollment and paid roles within third-party players, such as Disney, Netflix, Electronic Arts, and other large and small entities, presenting compensated job opportunities for those with CLU animation diplomas.

Source: The Center for Learning Unlimited