Three new installments mark the end of slavery in the U.S.; episodes feature activist Ms. Opal Lee, Saniya, the first national Miss Juneteenth winner, and the ancestor of Major General Granger, who read the proclamation in Texas that declared all slaves were free. 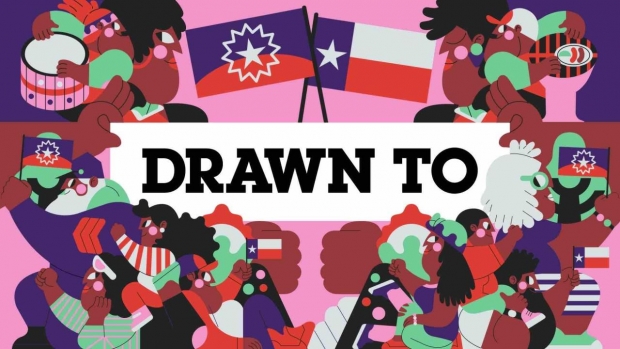 Cartoon Network is celebrating Juneteenth with three new installments of its Drawn To series. Airing throughout June, the episodes shine a light by celebrating the day that marked the end of slavery in the U.S. The episodes recognize those who have been dedicated to making this day a national holiday.

“Drawn To Juneteenth with Ms. Opal Lee” - The first episode features Ms. Opal Lee, aka the “Grandmother” of Juneteenth, discussing her activism to make June 19 a national holiday.

“Drawn To Juneteenth with Julian” - The third installment features Julian, whose ancestor is Major General Gordon Granger, the man who read the proclamation in Galveston, Texas declaring that all slaves were free in the U.S. on the day which we now know as Juneteenth.

“Drawn to Juneteenth” was created in collaboration with Black-owned, Chicago-based multicultural marketing agency, Burrell, with opening graphics designed by illustrator Jhonny Nunez. All Drawn To episodes are available on CN, the CN App, and across the network’s social platforms.

Cartoon Network’s content series Drawn To features new installments of monthly vignettes launching throughout the year featuring inspirational stories from real-life kids having fun and sharing common interests such as spending time with family and helping in their communities. The series seeks to elevate these voices, highlight diverse cultures, and provide a glimpse at the passions that bring kids together to celebrate unity and connectivity in a sometimes, uncertain world. Each Drawn To is produced in partnership with local artists to cultivate authentic connections with the topics being discussed.